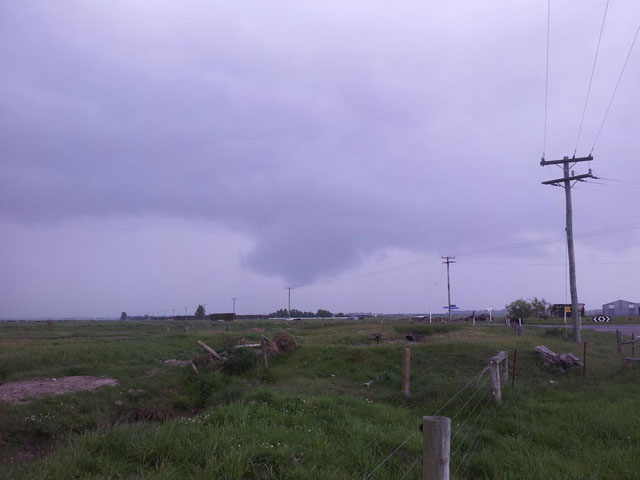 A weak front works it’s way onto the southwestern corner of the North Island tonight in a westerly airflow, isolated showers clear eastern parts of the North Island this evening. For the South Island expect generally cloudy skies in the west and south, clearer for northeastern regions.

A mix of cloudy areas and sunny spells with westerly breezes, northerlies
for the Bay Of Plenty. Isolated showers (some heavy) about southern and eastern
parts of the Central North Island. also inland eastern Bay Of Plenty clearing
this evening.
Tonight’s Lows: 10-14

Clear spells and some cloud, isolated showers (some heavy) about the ranges
of Hawkes Bay and Gisborne may spread to the coast for a time this evening then
clearing later. Sea breezes ease later this evening.
Tonight’s Lows: 13-15

Cloudy spells with westerlies, easing this evening. A shower or two may
move in overnight, more so about Taranaki.
Tonight’s Lows: 12-13

Clear with some cloud overnight, easterlies about the coast east this
evening. Chance of a shower moving into South Canterbury this evening for a time
then clearing.
Tonight’s Lows: 11-12