Tuesday lives up to expectation 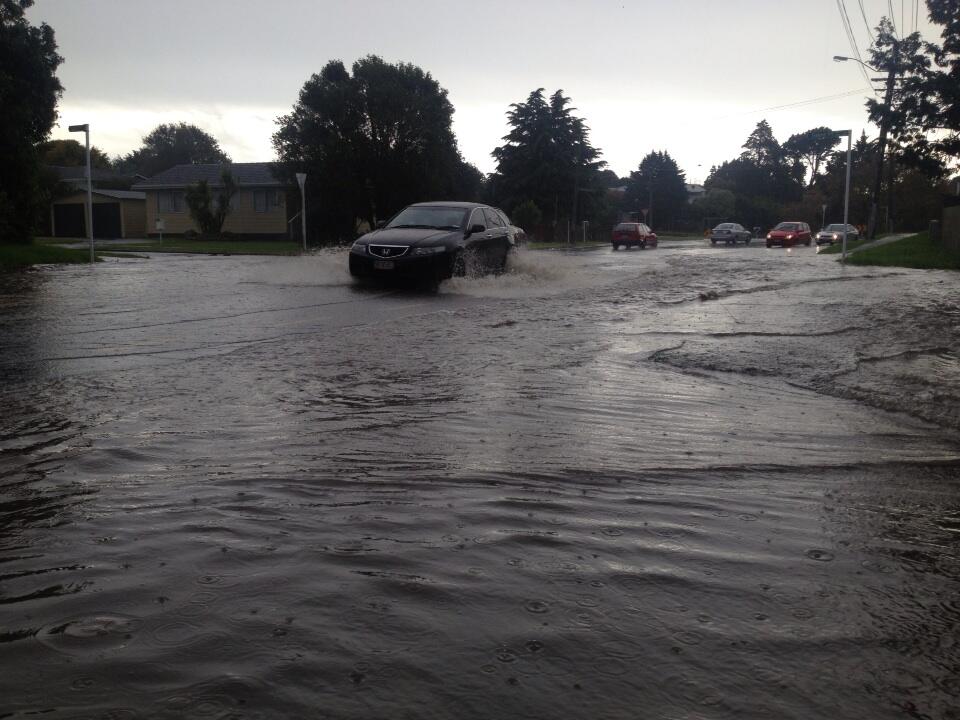 Today we had flooding rains across some of the upper half of the North Island, very blustery winds in some southern and eastern districts and a lashing of snow for exposed areas in the east about the foothills.

Yes winter made an impact today although it was warm over the north despite the wind and rain.

Auckland probably bore the brunt of the heaviest falls today which resulted in some localised flooding.
A further 10-20mm of rain is still possible for the city inside the next 12-18 hours.
Some suburbs recorded in excess of 50mm today.

Whangarei and Kaitaia took the national high of 19 degrees with Auckland also mild on 17 however from Christchurch to Invercargill it was single figures all the way.

It was a messy picture across the country today and tonight looks to be a similar set up with chilly temperatures over the south but that cool air eventually moving over the entire North Island tomorrow morning.

“it has been pretty muggy in the north and tonight’s temperatures are still set to be a little above average” says weather analyst Richard Green.”But tomorrow colder readings are likely and tomorrow night will have a bit of a nip in the air thankins to an incoming southerly”.

Showers are still likely to pepper northern and eastern areas tomorrow morning but then retreat to the east coast in the afternoon before clearing.
“A few of the showers or even bursts of rain in the morning could pack a punch so driving to work might need a little extra care in those areas” according to Richard Green.

WeatherWatch also sees a minor front brushing past the south of the South Island with a weak southwest wind change possibly delivering a handful of showers during the day or evening tomorrow.

Thursday is the brightest day of the week to come with much of the country under the influence of a high delivering mostly settled skies.
Friday sees an incoming frontal system but the West Coast might only feel the presence of that as the rest of New Zealand looks sunny with milder temperatures expected.