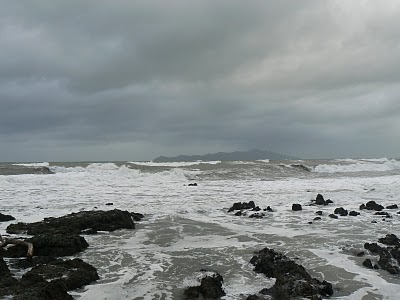 It’s a bit of a double whammy today across the country as blustery northerlies blow across the North Island with rain for most places and yet a southerly is beginning to brew over the deep south and is expected to bring snow to low levels and then slowly work its way north.

The difference with some of the information coming through this morning compared to recent days is that the snowy outbreak doesn’t appear to look as serious this morning with numerous models indicating conditions not looking as harsh and that snow in some cases isn’t looking as severe or down to near sea level as was previously indicated.

Further north and the upper half of the North Island appears to be in for a soaking later today and into a part of tomorrow and northerlies are likely to peak above gale force in exposed areas.

“Even though the south are bracing themselves for very cold conditions, the North Island have a story all of their own with possible thunder and squalls a possibility and anywhere from Northland down to Wellington and also about the Bay of Plenty either today or tonight,” says weather analyst Richard Green.” It’ll be tough going on the roads at times and those out and about will need to drive to the conditions”.

Weatherwatch.co.nz believes that although very cold conditions are still likely to move over the south today and overnight tonight the precipitation totals may not be as high as previously forecast and low level snow is now more of a marginal call.