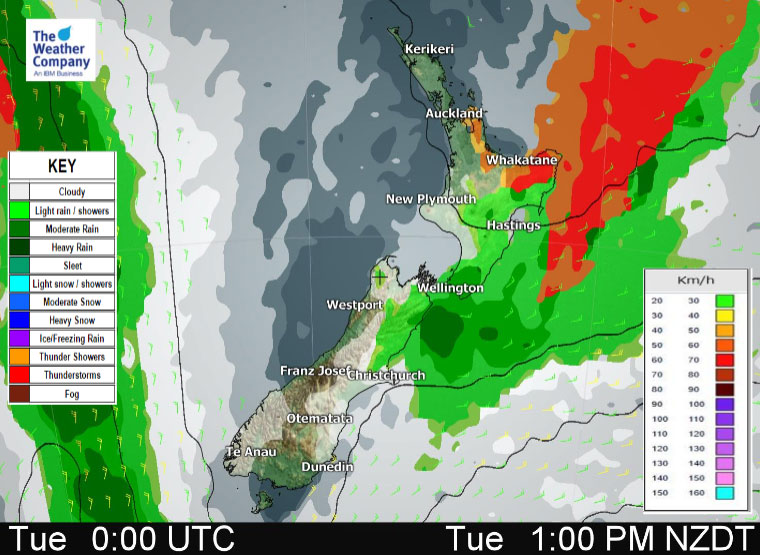 A ridge of high pressure lies over the South Island today meanwhile an occluded front to the east curls into a weak area of low pressure over the North Island.

Northland, Auckland, Waikato & Bay Of Plenty
Mostly sunny. There could be an isolated shower late afternoon / evening about some hills / ranges otherwise looking to be a mainly dry day. Light winds then afternoon sea breezes.
Highs: 20-23

Western North Island (including Central North Island)
Mostly sunny, showers may spill over into Manawatu and Kapiti at times spreading from the east. Southerly winds.
Highs: 18-23

Marlborough & Nelson
Some morning drizzle or the odd shower for Marlborough then breaking to sunny spells in the afternoon, southeasterly winds. Nelson has a mostly sunny day with light winds tending onshore in the afternoon.
Highs: 16-20

Canterbury
Any morning showers or drizzle patches clear (mainly coastal) then sunny areas increase, cloudy builds a little about inland areas and there may even be an isolated shower late afternoon / evening about the ranges otherwise mainly dry. East to northeasterly winds.’
Highs: 16-17

West Coast
A mainly sunny day with light winds, tending onshore in the afternoon near the coast.
Highs: 16-21