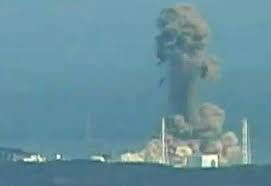 The Japanese prime minister issued a sobering and reflective assessment of his country’s recovery as it prepares to mark the one year anniversary of a 9.0-magnitude earthquake, tsunami and nuclear meltdown.

Prime Minister Yoshihiko Noda discussed the economy, reconstruction and the lessons of the triple meltdown at the Fukushima nuclear plant.

“There will be many lessons learned, as well as remorse, from the nuclear power plant accident,” Noda told CNN.

Japan is still in the process of self reflection and debate, he said, to avoid repeating the nuclear accident that unnerved the global community.

Look inside Fukushima’s meltdown zone “Sharing the lessons and remorse of this nuclear accident with the international community will contribute to the overall safety of nuclear energy as well as international cooperation.”

In the report, the group said Japan hid its most alarming assessments of the nuclear disaster from the public as well as its closest ally, the United States.

One previously undisclosed doomsday plan, according to the group, was that the government feared the nuclear disaster could lead to an evacuation of Tokyo.

Noda said each accident investigation, whether led by independent bodies or the government, would be taken “very seriously.”

The legacy of the Fukushima disaster on Japan’s energy policy is the country’s idling of nuclear plants across the energy-starved island nation.  Out of 53 reactors, Japan has two nuclear reactors operating.

Since the nuclear triple meltdown, the reactors have gone offline for routine maintenance and have not been brought back online.

By the end of April, the remaining two reactors will go offline, leaving the country, which has no natural resources for conventional energy, looking at a summer without any nuclear energy.

The strain on the grid this summer is raising alarm bells in corporate Japan, which fears it won’t have enough power to run production lines in the country.

“In case there is a short-term supply and demand gap of energy, it could cause downward pressure on the economy. We must avoid that,” Noda said.

The prime minister said his government would release a mid-range and long term energy strategy by the middle of this year.

“Our basic stance is to move away from our dependence on nuclear power. This means that we have to try and increase the use of renewable energy, in a thorough effort to save energy,” he said.

The prime minister said his government has included a 600 billion yen (US $7.5 billion) allocation in the fiscal year 2012 budget in renewable energy and conservation.

A year after the March 2011, earthquake and tsunami killed thousands and crippled the Fukushima Daiichi nuclear power plant, Noda described reconstruction and aid to the tsunami-ravaged northeast as “steady progress,” but said he hoped to boost reconstruction.

The prime minister faces not just the nuclear cleanup and disaster reconstruction, but an economy facing intense pressure.

Japan’s currency, the yen, remains at historic highs versus the U.S. dollar.

A high yen makes it more expensive for Japanese corporations to make a profit when the funds are repatriated, dragging down corporate profits, domestic investment and employment.

Japan’s debt to GDP ratio is highest among developed nations, topping 200%. The country is also aging at an unprecedented rate. By the year 2050, the government projects 40% of the population will be over the age of 65, straining public funds while relying on a dwindling tax base.

“We have no time to waste,” Noda said about economic challenges, adding economic growth and fiscal health “must occur side by side.”

The centerpiece of the prime minister’s economic policy has been the doubling of the country’s sales tax, from the current 5% to 10% by October 2015.

The plan remains unpopular with voters, but the prime minister has repeatedly endorsed fiscal responsibility, in the wake of the shrinking economy.

Noda is one of six prime ministers Japan has had in five years, a revolving door of leadership that’s led to a years-long political instability and policy void.

When asked how long he believed he would be the country’s leader, Noda laughed, aware of the recent historical probability that he might not last a full year on the job.

But he said the overwhelming amount of work to be done in Japan meant he doesn’t have time to worry about his longevity.

“Yesterday marks exactly half a year since my administration started. Rather than thinking about how long I will be prime minister, I am thinking of working every day for the Japanese people.”