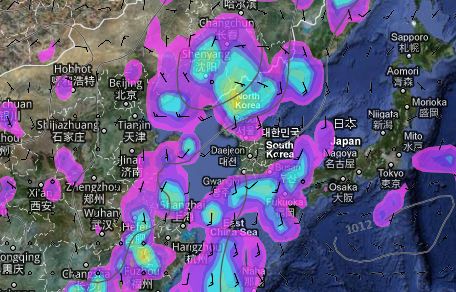 “It’s quickly losing its tropical characteristics and losing strength as we speak,” he said.

In China, at least 490,000 people had been evacuated from Shandong and Liaoning provices in the eastern part of the country, Xinhua reported. No deaths or injuries were reported.

In Dalian, authorities were able to avert the spill of toxic chemicals from an industrial plant after 65-foot (20-meter) waves broke through a dike protecting the area and threatened to flood the plant, according to Xinhau. Workers dumped concrete and rocks to fill in the hole.