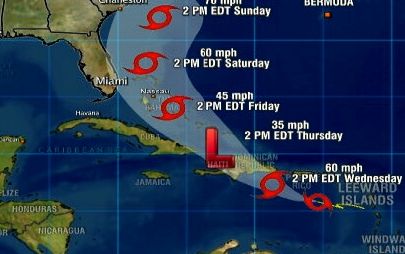 The government of the Bahamas issued a tropical storm watch Wednesday NZT in preparation for Emily, the storm that continues to churn towards the northeastern Caribbean, according to the National Hurricane Center.

Tropical Storm Emily is expected to strengthen slightly before moving over the Dominican Republic and Haiti by Thursday afternoon NZT.

The storm near San Juan, Puerto Rico yesterday and is expected to pass near the Dominican Republic and Haiti today, according to the National Weather Service. 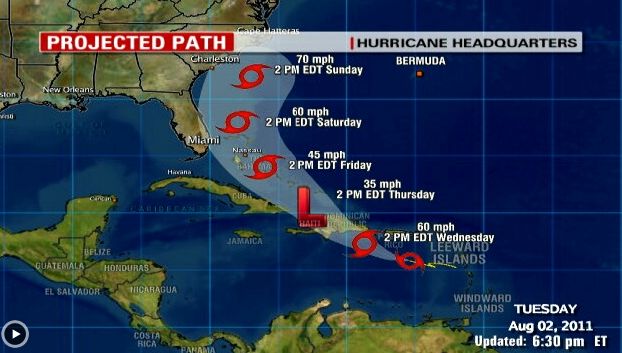 It was continuing to move west 22 kilometers per hour but the Weather Service said it expects the storm to turn to the northwest and gain speed.

The storm’s maximum sustained winds remained at 85 kph (making it equal to a category 1 tropical cyclone in our part of the world) and extended north and east of the storms center up to 165 kilometers by noon Wednesday NZT forecasters said. The system should make its way into the southeastern Bahamas on Thursday.

A tropical storm watch was in effect for the U.S. Virgin Islands, the southeast Bahamas and Turks and Caicos Islands. The forecast also suggests Emily could skirt the east coast of Florida by early Saturday, but no watches or warnings were up for the U.S. mainland as of Tuesday night.

In Haiti, the government issued an alert advising residents that the storm’s heavy rains could produce dangerous flooding and mudslides.

Emily is expected to dump over 250mm of rain in parts of Puerto Rico, the Dominican Republic and Haiti.