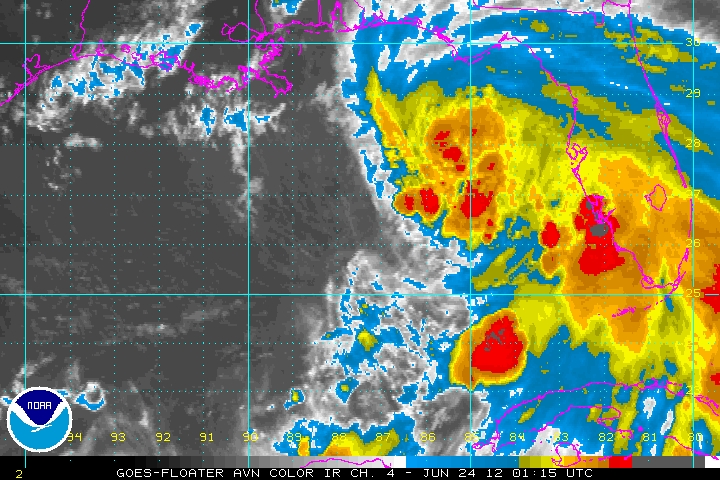 The Hurricane season just started in the Atlantic.  Yet, already the fourth named storm has formed.  “Debbie” or “Debby” is the earliest 4th named storm on record.  Previously, “Dennis” held that record forming on 5 July 2005.

As of 7pm Saturday local time (12 Noon today NZST), Debbie was about 480km SSE of New Orleans, Louisiana.  The storm is expected to take a westerly turn over the next 24 hours and head toward Texas.

Tropical storm and flood warnings have already been posted for the New Orleans, Louisiana area where heavy rain will combine with swells to cause coastal flooding.  No watches or warnings have been issued for the Texas coast at this time.

The forecast is for Debbie to make landfall on the gulf coast of Texas late Thursday or early Friday.  At that time, the winds may strengthen to just under hurricane force.  However, it is very early yet and there is much uncertainty in both the forecasted path and development of this storm. 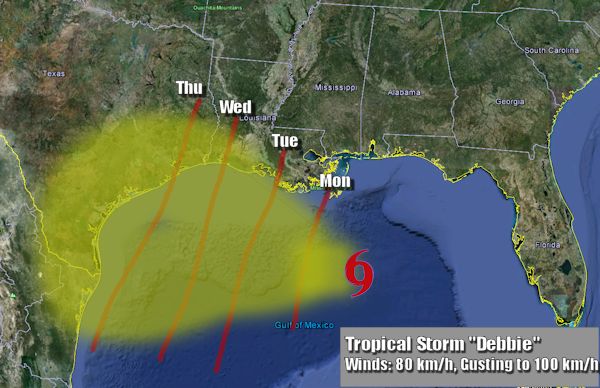