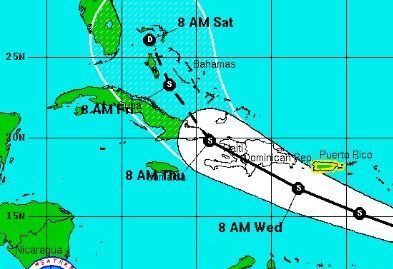 The third named storm of the 2013 hurricane season is expected to cross into the Caribbean on Tuesday.

Chantal, with top sustained winds of 64km/h (gale force), was about about 1,130 kilometers east-southeast of Barbados, moving to the west at 42km/h, forecasters said. Some strengthening is expected over the next two days.

The five-day tracking map takes the storm near Puerto Rico, the island of Hispaniola, Cuba, the Bahamas and South Florida, but the threat to the United States is highly uncertain, CNN meteorologist Sherri Pugh said.

Computer models aren’t clear on whether the storm will turn toward the Gulf Coast, the East Coast or out to sea, she said. At this time it is not projected to reach hurricane strength.

Tropical storm warnings are in place for Barbados, Dominica, St. Lucia, Martinique and Guadeloupe. A tropical storm watch is in effect for St. Vincent.

Chantal is expected to dump 50 t0 100mm of rain over the Leeward and Windward Islands, with up to 150mm possible in some areas. 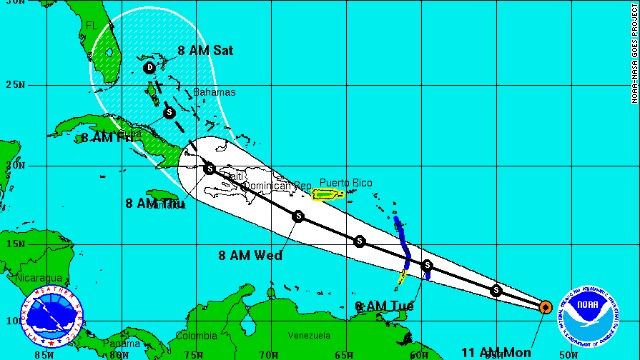