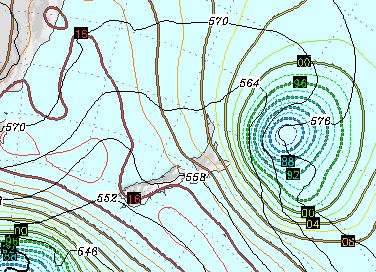 A tropical low is expected to brush north eastern New Zealand on Sunday, ahead of another possible tropical low just a few days later.

As exclusively forecast by WeatherWatch.co.nz over a week ago the tropics is now firing up directly north of New Zealand and across northern Australia.

“We are being protected to some degree by these Tasman Sea highs, but the same weakness in this weather pattern which has been giving us frequent cold changes could also see us getting more tropical lows” says head weather analyst Philip Duncan.

The low this weekend, however, looks unlikely to make a direct hit.

“A belt of severe gales will move very close to East Cape and so too will the heavy rain.  A fairly low risk for most main centres but one to be aware of if you live in Bay of Plenty, East Cape, Gisborne or northern Hawkes Bay” says Mr Duncan.

He says windy weather will push in over the weekend in that area.

Meanwhile forecasters are tracking more tropical and sub-tropical life.  The next low out of the north is expected around Waitangi Day and may even bring southerly gales to central New Zealand.

Then the following week, into the second week of February, we may see another low forming east of the North Island which also originated in the sub-tropics.