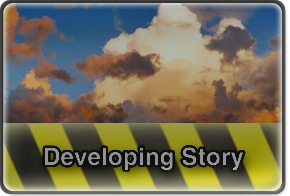 As predicted by WeatherWatch.co.nz yesterday Tropical Cyclone Vania has strengthened even further overnight to become a Category 3 cyclone (on a scale that goes up to 5).

The cyclone has today reached hurricane force with winds averaging 120km/h.   Using the more well known American system (The Saffir-Simpson scale) this would only be a Category 1 Hurricane, yet still very damaging to buildings and infrastructure.

Yesterday we saw the power that even a weak tropical cyclone could do.  These exclusive photos show damage to Port Villa, Vanuatu, when Vania was moving from a tropical storm into official cyclone status.  Now the storm has category rating three times higher and is moving towards Noumea, the capital of New Caledonia with a population of 100,000.

Vania is expected to move over New Caledonia later today.

Meanwhile WeatherWatch.co.nz has this morning confirmed that two reliable computer models are predicting Vania will make a direct hit with the North Island around Tuesday or Wednesday next week.

All this week the two models have been showing Vania moving towards New Zealand in the coming days but this morning is the first time the two have had a similar alignment.

WeatherWatch.co.nz head weather analyst Philip Duncan says the cyclone is tracking on a similar path to Cyclone Drena back in January 1997.  “It’s following quite a similar path to Drena and the future track by most models appears to point at Vania moving down our western coastline before crossing over the North Island, just like Drena.  If this happens it will mean more rain for those dry regions”.

But Mr Duncan points out that cyclones have a personality of their own.  “I’ve always had a huge fascination with Atlantic Hurricanes and one thing I’ve found over the many years of observing them is that no tropical storm is the same as another.  Just because it’s following a similar track to Drena doesn’t mean it will be as damaging, or cause the same problems in the same areas.  We need to wait a little longer to be sure of what this system is likely to bring”.

Vania will move through fairly quickly next week, which will be good news for holiday makers.

“Remember we do expect this system to weaken once it leaves the tropics.  It has potential to bring quite stormy weather to New Zealand but we are still in the early stages.  We advise people to continue with their camping plans and holiday plans but to simply be aware of Vania and keep up to date with the latest weather news over the coming days, and be prepared just in case things do turn nasty”.

– WeatherWatch.co.nz will provide frequent updates on Tropical Cyclone Vania in the coming days.

Reports fron RNZ near the TC says winds are 110km/hr. Fri-1200hrs (NZT).
TROPICAL CYCLONE VANIA HAS TRACKED SOUTH-SOUTHWESTWARD AT 05 KNOTS DURING THE PAST SIX HOURS.
THE SYSTEM IS FORECAST TO GRADUALLY WEAKEN AS SeaSurfaceTemp AND VERTICAL WIND SHEAR BECOME LESS FAVORABLE.
TC vania IS FORECAST TO UNDERGO EXTRA-TROPICAL TRANSITION (ET) AND BECOME A GALE FORCE LOW. HOWEVER UNFAVORABLE ENVIRONMENTAL CONDITIONS MAY CAUSE THE SYSTEM TO DISSIPATE BEFORE COMPLETING ET. NUMERICAL
MODEL GUIDANCE REMAINS IN GOOD AGREEMENT, THEREFORE THIS FORECAST IS CLOSE TO MODEL CONSENSUS AND CONSISTENT WITH THE PREVIOUS FORECAST TRACK. MAXIMUM SIGNIFICANT WAVE HEIGHT IS 19 FEET.

I see that USAF / USN Joint Typhoon Warning Centre in Pearl Harbour is saying that unfavourable environmental factors may cause Vania to dissipate as it tracks south of Norfolk. Both the JTWC & Nadi are tracking the cyclone past the eastern coast of New Caledonia now and not making a direct hit as previously forecast. It appears to have also not continued to strenghten at this stage.

Certainly conditions south of New Caledonia aren’t favourable for a cyclone – the sea surface temperatures are significantly cooler.  It’s likely to lose it’s "category" status half way here then become and ex-tropical storm.   We think rain will be the main feature… but if it passes through quickly then flooding risks will be minimised.

As far as its strength goes at the moment, we expect it to weaken a little tonight as it passes very near New Caledonia – you’re right, lucky for Noumea it appears to be passing a little further east.

Our models in the next 24 hours will tell us a lot about how Vania will affect NZ.

Thanks for the updates from JTWC etc

It will be interesting to see what track it finally decides on. Currently tracking SW but turning S which would take it down the West Coast. If that does happen it will be less damaging I suspect. Still has potential to be quite a big event by the look of it.

Im going to use this to gain knowledge about these Systems…. If it comes here it will help be better understand them…..

New Zealand doesn’t get many so nows my chance to follow it From Vanuatu to New Caledonia to Northern NZ….

Thanks for all these updates… So far i have learned about the rainfall if it goes east coast or west coast… and that a Cat 3 TC is the same as a Cat 1 Hurricane…..

Re the rain west/east:
What tends to happen is that it will end up with 2 main rain bands:
in the SW and SE quadrants, with not as much in the southern quadrant
so a direct hit over the upper NI will mean SE gales and heavy rain for Taranaki to Wellington and NE gales and heavy rain for Coromandel through to east cape
but not as much rain for northland and Auckland
There is also another TC which looks like it will follow this one down
and also after this all goes through it looks like an eaterly troughy conditions with more rain from the NE as the next high builds in with a deepening trough to the north of that….could be end of the nice summer weather for a while. Farmers and growers will welcome rain, but not flooding rain!

Thanks…… All this infomation…. Im learning heaps……. I’ll bank all im learning. even though I was 20 in 1997 for Drena I don’t remember much if anything so this is all very helpful…….

If this cyclone does continue on a similar track to Drena it could be all about wind rather than rain. In Auckland and Kerikeri Drena only produced 9ml and 13ml rain respectively. But the wind was very damaging as the winds at the front of a cyclone are always stronger than the back.

Thanks Glenda
Thats more infomation i have learn’t about them coming here….

Also Guys your map on the right has gone a funny colour. And i know you get it from the weather.com site…. lol

I am a little bit excited, what do you think the waves will do?