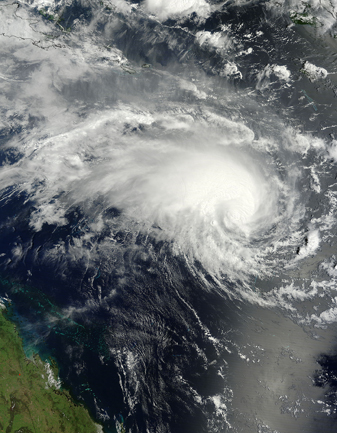 The monsoon has been relatively quite through this cyclone season but a burst of activity is currently taking place to the northwest of the Australian continent.

During the past week Tropical Cyclone Koji formed to the south of the Cocos Islands, before spiralling to the west, away from the Australian region.

A new tropical low is now being monitored for development to the south of Bali, with some indications that it may intensify and track south towards the Pilbara district of WA early next week.

The risk of tropical cyclone development for this system is currently rated as ‘high’ for Monday (greater than 50% chance). If this low does form into a tropical cyclone it would be named Lua. Even if it does not reach cyclone strength, a significant increase in rain and winds would be expected along the Pilbara coastline early in the week as the low draws closer.

The waters to the north of the Northern Territory will also have to be monitored for cyclone development over coming days, with the more active phase of the monsoon elevating the risk a little. A low may form over the Arafura Sea as early as today, so the risk of tropical cyclone development is currently rated as ‘moderate’ (20-50%) chance.