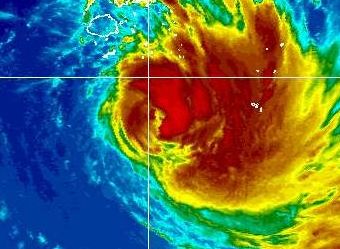 Winds have increased overnight and the air pressure has fallen at the centre of Tropical Cyclone Bune, south east of Fiji. 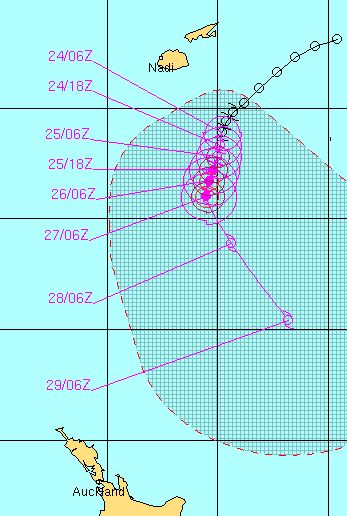 The Fiji Meteorological Service says Bune is now a category 2 tropical cyclone with sustained winds at 93km/h.  It is predicted to rise to over 100km/h later today.

The central air pressure has fallen from 990hPa yesterday to 983hPa this morning.

Bune is tracking west-south-west but will soon track south, then shift again to a south westerly track.

WeatherWatch.co.nz says that the storm is getting better organised and is starting to develop an eye in the centre.

This morning the models – that all forecasters use – show more agreement in the tracking of cyclone Bune and they show a very intense cyclone (or ex-cyclone) tracking closer to New Zealand.  GFS – the American models – has also come in line with ECMWF (Europe).  ECMWF first picked this storm on Sunday and have accurately picked all of our cyclones this summer around New Zealand and the South West Pacific.

Based on our calculations we now expect the centre of Bune to be 400 to 600kms offshore from East Cape midway through next week.  This is far enough offshore to not cause serious problems for New Zealand but it is close enough for us to seriously monitor.

The main concern still remains for dangerous surf and rips of which we have high confidence of affecting East Cape, Gisborne and Hawkes Bay beaches next week.

We have low confidence of severe weather (severe gales and/or heavy rain) affecting East Cape and Gisborne but a change in tracking could affect this prediction.

We’ll continue to update you on the progress of Bune. 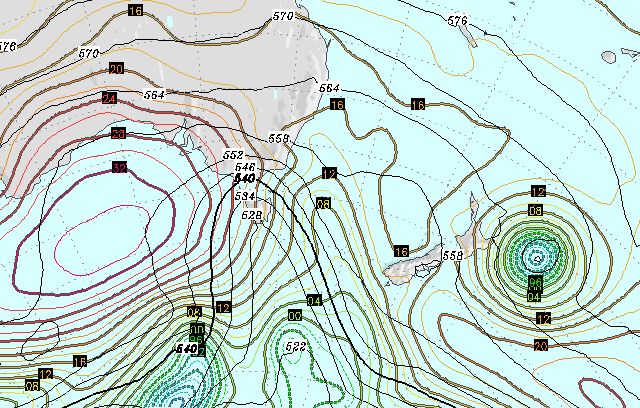 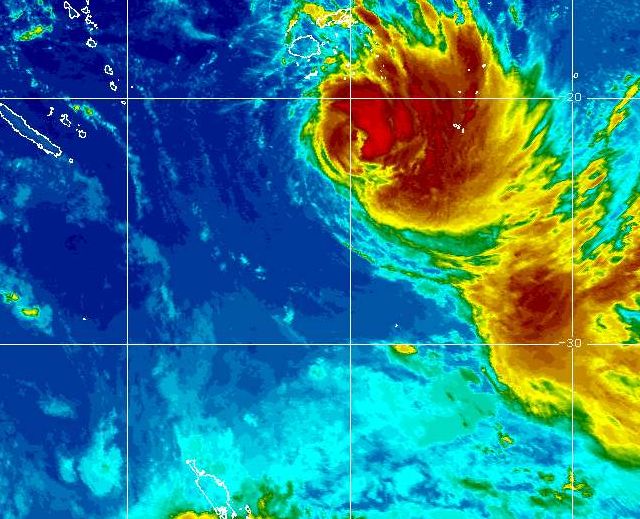 sorry, watching your video on NZ Herald you did say it’s not going to make a direct hit. Just tired of news sites twisting quotes and making things dramatic, etc.

If you’re trying to stop the media dramatising this, they aren’t getting the message. Just picked this quote off NZHerald

“A category two cyclone is currently north of New Zealand and could be category four by the time it reaches our shores. “

How close it gets to NZ will depend on the high pressure system now tracking across the Tasman Sea.

If this establishes over the country, it will push the cyclone further to the SE and away from the North Island.

If low presure systems prevail over the country, then the cyclone will track closer to the North Tsland then it is forecasted to do now.

Simple really.
Judging by its erratic track and slow movement at present, it is in re-curve mode and is looking for the path of least resistance to the south/south east..