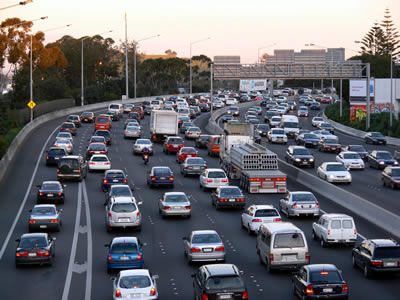 Auckland and Christchurch have been named in the top five worst cities for traffic congestion in Australasia.

A survey by TomTom compares congestion levels in 161 cities across five continents.

Auckland and Christchurch ranked as third equal after Sydney and Perth.

In peak traffic Aucklanders can be delayed for up to 40 minutes for every hour driven.

The study found the worst times to travel in Auckland are Tuesday morning and Wednesday afternoon, with congestion rising to over 78% when compared to non-peak times.

In Christchurch, quake damage has added to traffic woes with commuters spending 76 hours a year stuck in traffic.

The four avenues can be an issue however suburban streets can also match the traffic congestion within the central city during peak times.

Road Works are also in issue for the Garden city as the rebuild continues.