Home > News > Touch of frost on Wednesday morning – in... 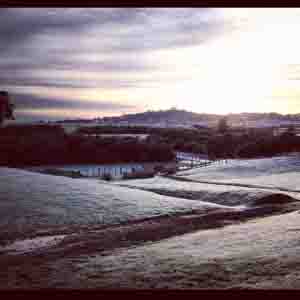 Today is for the most part the last day of the warmer weather we have been having recently. Tomorrow we see cooler temperatures moving in with a southerly airflow developing.

The North Island however especially in the north and east won’t see these cooler temperatures till evening so some very good weather to be had there for much of the day.

Hot on the heels, or should that be cold on the heels of our front clearing over the South Island on Tuesday evening an anticyclone moves in from the Tasman sea overnight, this should see temperatures drop over much of the South Island especially inland where a frosty morning could be expected. Southland however should have enough of a westerly airflow to keep frosts at bay.

During the weekend something very cold looks like brewing south of the country as an anticyclone ridges deep into the Tasman Sea. This could well be our first real taste of winter and snow looks quite possible for ski fields across the South Island.