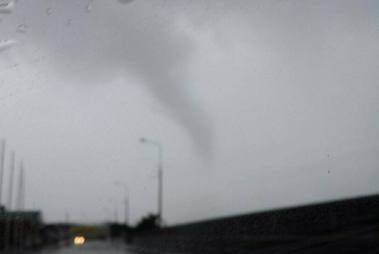 A tornado has ripped through Greymouth this afternoon, tearing off a roof and damaging up to 10 properties.

No one had been reported injured, he said.

A roof had lifted off one house and other homes suffered water damage.