Toll in China flooding rises to 132 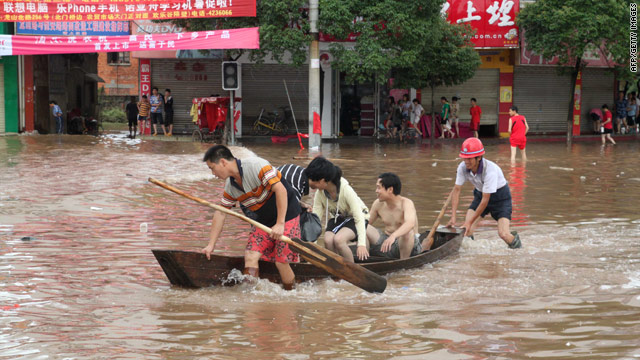 The death toll from heavy flooding in southern China rose to 132 Sunday, as authorities forecast more rain in coming days.

In addition, the mud flows and floods have left 86 missing and prompted the evacuation of 280,000 people, the state-run Xinhua news agency reported, citing the Office of State Flood Control and Drought Relief Headquarters.

The heavy rains have affected more than 10 million people in nine of southern China’s provinces, including Fujian, Jiangxi, and Hunan provinces, officials said.

Three teams of experts were dispatched by the office and the nation’s Ministry of Water Resources to Guizhou and Zhejiang provinces and the municipality of Chongqing on Sunday. They will aid local authorities in combating the floods, said Zhang Zhitong, vice director of the office.