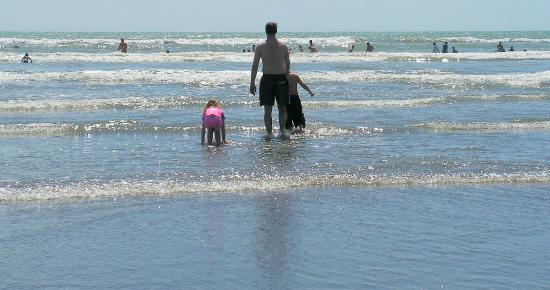 The most boisterous conditions today seems set to aim for central North Island areas with the risk of heavy showers popping us and some thunderstorms are also a possibility.

Initially some cloud build up with isolated showers could appear somewhat innocuous however some of these are expected to build further and become more widespread.

Heavy showers could also be on the menu over the interior of the South Island this afternoon as a result of afternoon heating.
Elsewhere and some rather drab skies could once again cling on to parts of Auckland and coastal Canterbury continuing a rather dreary run.The good news is that some brighter spells are also a possibility today after the recent gloom which would be more than welcome.

The weekend sees conditions changeable for parts of the country but the warmest and driest regions should be in the east.
Tomorrow nor’ west winds could see the mercury lift into the 30s across the south and over eastern areas of the North Island on Sunday.

This weekend appears to be soggiest over western parts of the Mainland with some heavy falls expected which isn’t ideal weather for holidaymakers.
WeatherWatch.co.nz suggests those in the area to keep an eye on the skies and streams and rivers as these could rise rapidly as a result of localised heavy downpours.

Western and northern parts of the North Island are likely to see a wet spell on Sunday and even tomorrow a drizzly patch or some showers could make an appearance in isolated areas.

Temperatures are expected to be coolest across western parts of the South Island and may struggle to top the 20s whereas across the alps it could be quite a different story and shorts and t shirts could be more appropriate.

Home image of choppy waves on beach by T Bessett