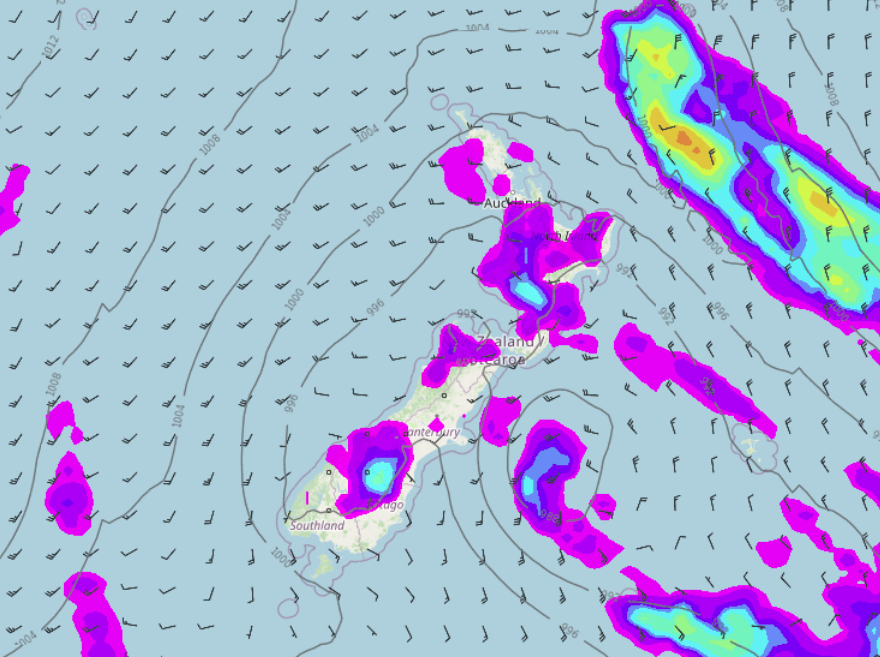 A low pressure system that has brought plenty of rain to parts of New Zealand the last couple of days is moving away out to the east, there may be some heavy rain this morning for coastal Canterbury then easing.

Eastern North Island
Wairarapa is mostly cloudy with some rain developing late morning, easing to showers in the evening. Further north there is some sun with warm temperatures, late afternoon a few showers move in as light winds change southwest.
Highs: 19-27

Canterbury
Morning rain, possibly heavy about the coast especially Banks Peninsula southwards then easing in the afternoon to showers and increasing dry spells. Fresh southwesterlies, strong about the coast, easing later in the day.
Highs: 16-19

West Coast
Areas of cloud and occasional sun, chance of a shower or two with light winds. Showers pick up later in the day or overnight.
Highs: 21-25