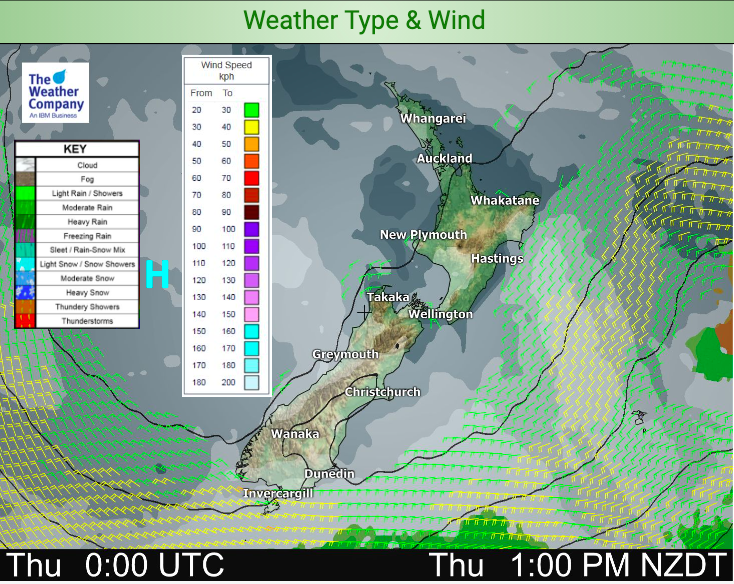 The low that has impacted the North Island since the weekend has finally gone and now a high pressure system is trying to move in.

It means a more settled forecast as winds ease, clouds clear and rain bands break up and clear away.

Daytime highs will be well above normal in the South Island as mild winds start to move in.

Here are the regional forecasts for Thursday

Northland, Auckland, Waikato & Bay Of Plenty
West to south west winds with a few cloudy areas, sunny in Bay of Plenty. Light winds for many, or light westerly quarter winds – a little breezier through Auckland.
Highs: 20 – 23

Marlborough & Nelson
Northerlies with a mix of sun and cloud.
Highs: 21 – 23

Southland & Otago
A bit cloudy at times in coastal areas otherwise a dry and warm day. Variable winds, but westerlies in Southland’s coastal areas where it will be cooler. Hot inland, pushing closer to 30 degrees in Central Otago.Highs: 15-28

As always, to drill down deeper please visit www.RuralWeather.co.nz or check your local HOURLY forecasts.