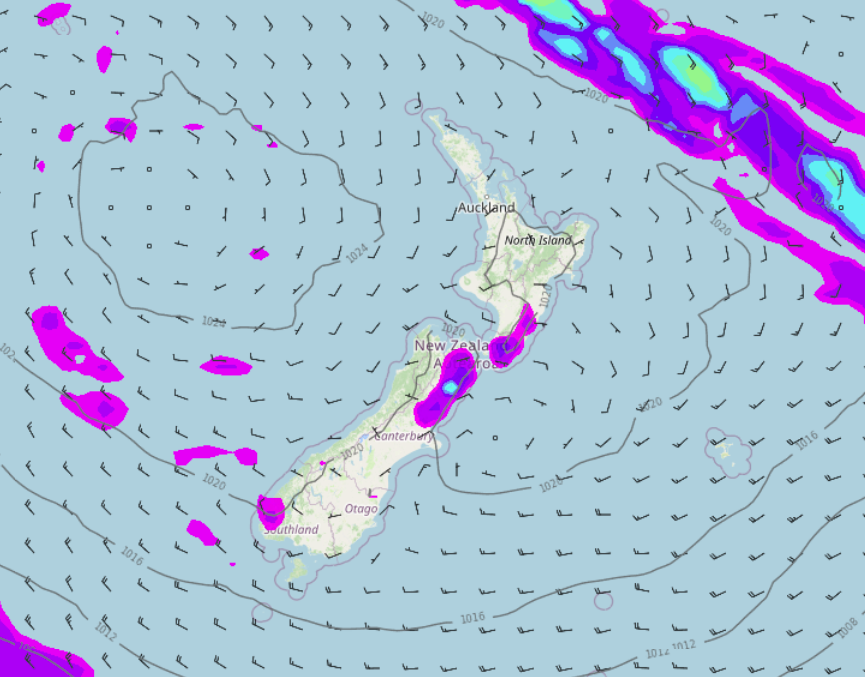 An anticyclone lies over New Zealand today bringing mainly settled weather. We do have a few showers about though, especially Canterbury this morning then inland North Canterbury through to Marlborough this afternoon possibly heavy.

Eastern North Island
Mostly sunny, some cloud with the risk of a shower late afternoon / evening especially about inland hills and ranges. Light winds tend onshore in the afternoon.
Highs: 20-21

Marlborough & Nelson
Morning sun, afternoon showers develop possibly heavy with thunderstorms and hail (mainly for Marlborough but showers may reach Nelson for a time in the evening). Light winds tend onshore in the afternoon.
Highs: 18-20