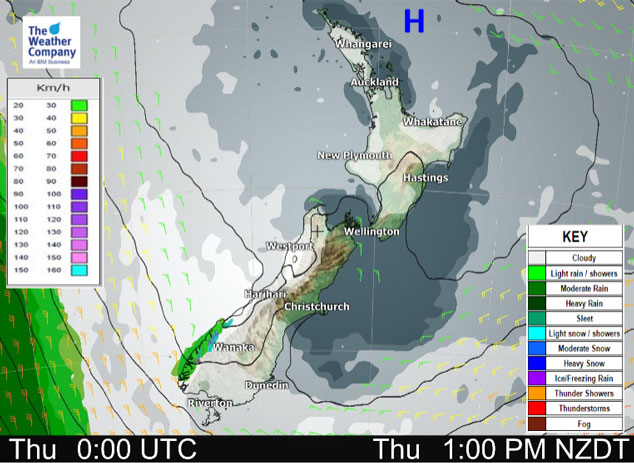 Marlborough & Nelson
Sunny after a frosty start for some especially inland, light winds then afternoon northerlies for Marlborough.
Highs: 15-18

Canterbury
Sunny with a touch of high cloud from afternoon, light winds tend northeast near the coast after midday.
Highs: 14-16

West Coast
Mostly cloudy although Buller may see a few areas of sun in the morning, the odd light shower also, mainly about South Westland. Rain overnight for Fiordland. Light winds tend to the north or northwest in the afternoon.
Highs: 10-14