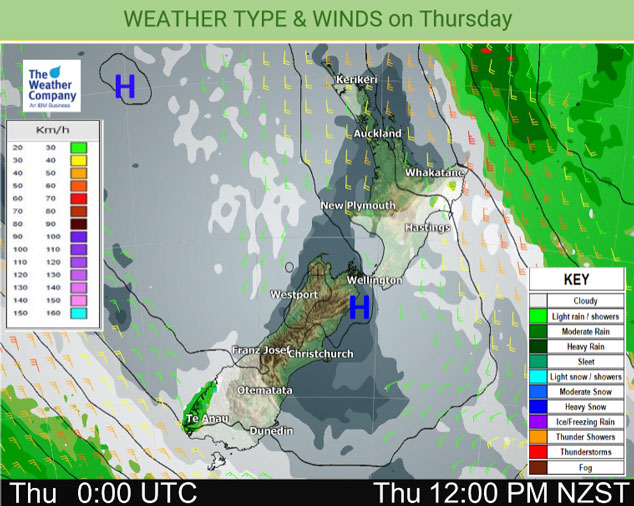 A ridge of high pressure lies over most of New Zealand today, a southerly airflow moving around this ridge gradually eases for the North Island.

Northland, Auckland, Waikato & Bay Of Plenty
Sunny for most. Some morning cloud and a shower or two about western Northland clearing away. South to southwesterly winds.
Highs: 13-15

Wellington
Early cloud then sunny, light southerlies die out in the afternoon.
High: 12

West Coast
Mostly sunny, there may be a few areas of coastal cloud. Fiordland has mostly cloudy skies with the odd light shower or drizzle patch. Light winds tend to the west in the afternoon.
Highs: 12-15