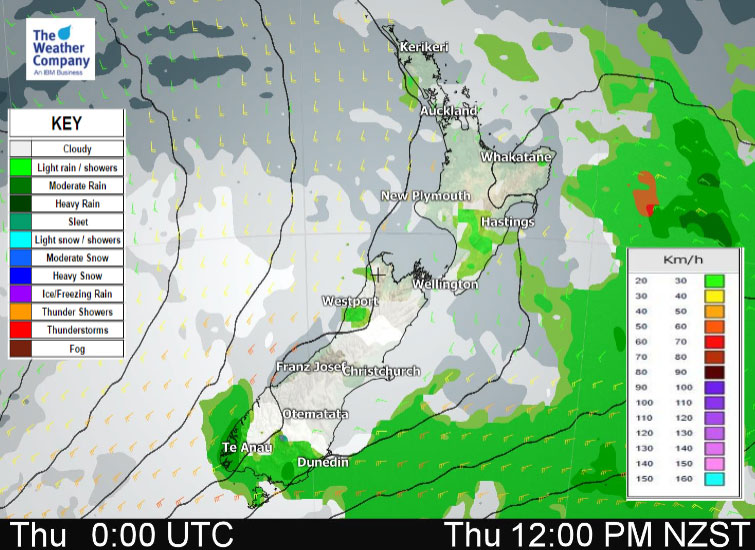 A cool southwesterly airflow lies over New Zealand today, a front pushes off the upper South Island this morning then onto the North Island.

Northland, Auckland, Waikato & Bay Of Plenty
Mainly dry at first. Showers push in from the west late morning, easing evening and drying out. Southwesterly winds freshen in the afternoon then ease at night.
Highs: 17-20

Western North Island (including Central North Island)
Showers develop this morning as southerlies freshen, showers may be heavy then easing and clearing in the evening.
Highs: 13-17

Eastern North Island
Showers about Wairarapa spread into Hawkes Bay / Gisborne during the afternoon with a gusty southwest change, showers may be heavy then easing at night. Some sun before showers move in.
Highs: 15-19

Canterbury
Any morning showers then sunny spells develop this afternoon, cool southwesterly winds die out during the afternoon.
Highs: 14-16