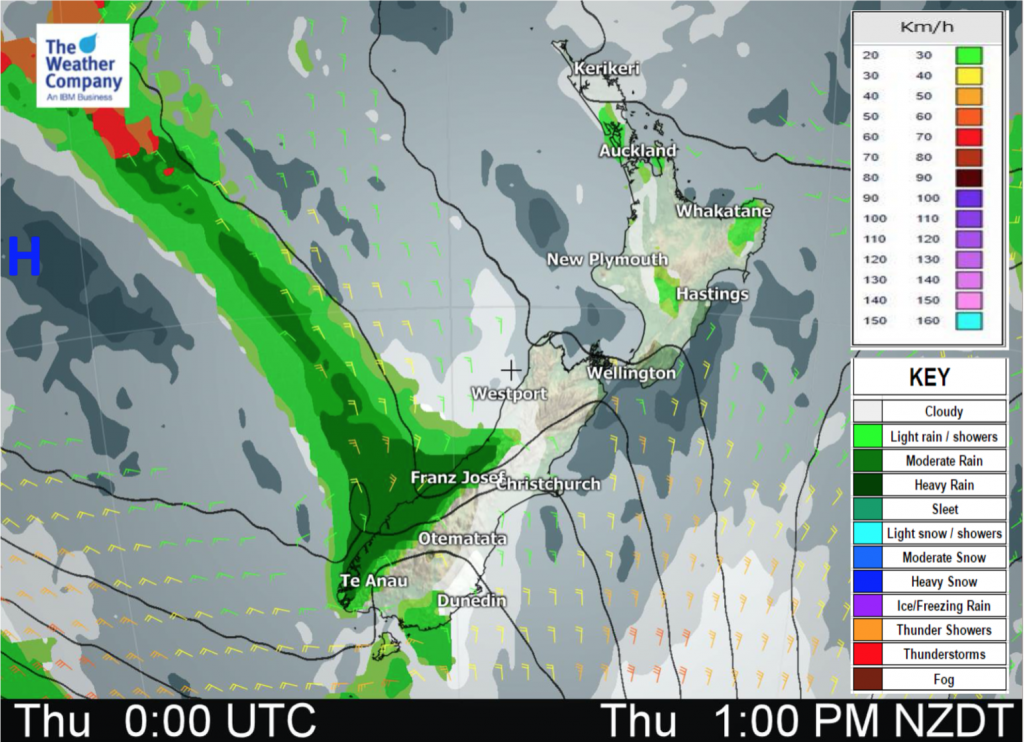 A front moves onto the southwestern corner of the South Island today, northerlies further north.

Eastern North Island
Mostly sunny with afternoon east to northeast breezes, some cloud builds about the ranges during the afternoon bringing the risk of a late afternoon / evening isolated shower.
Highs: 24-28

Marlborough & Nelson
Mostly sunny with some high cloud, north to northwesterly winds pick up in the afternoon.
Highs: 22-27

West Coast
Mostly cloudy with the odd shower or drizzle patch, some rain moves into Fiordland during the morning with the odd heavy fall. North to northeasterly winds.
Highs: 16-22