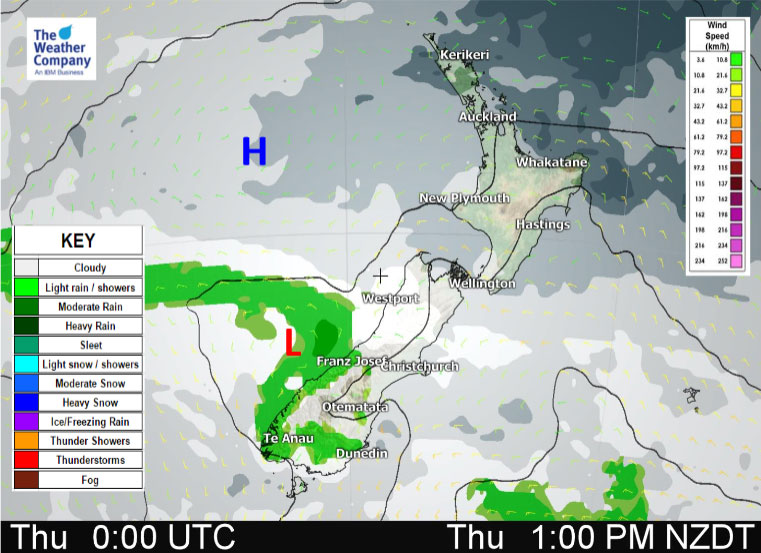 Mainly anticyclonic once again for New Zealand today, a weakening front moves northwards over the South Island during the day.

Northland, Auckland, Waikato & Bay Of Plenty
Mostly sunny, some high cloud, may be a morning mist / fog patch then clearing. Light winds tend west to southwest in the afternoon. An afternoon sea breezes develops about eastern Northland and Bay Of Plenty.
Highs: 24-28

West Coast
Sunny spells for North Westland. Cloudier skies further south with rain about Fiordland, easing to showers in the afternoon and clearing by evening. Winds are mostly light.
Highs: 18-22

Southland & Otago
Mostly cloudy, a few morning showers clear. Some sun may break through at times from afternoon. Southerly winds develop in the morning.
Highs: 15-22