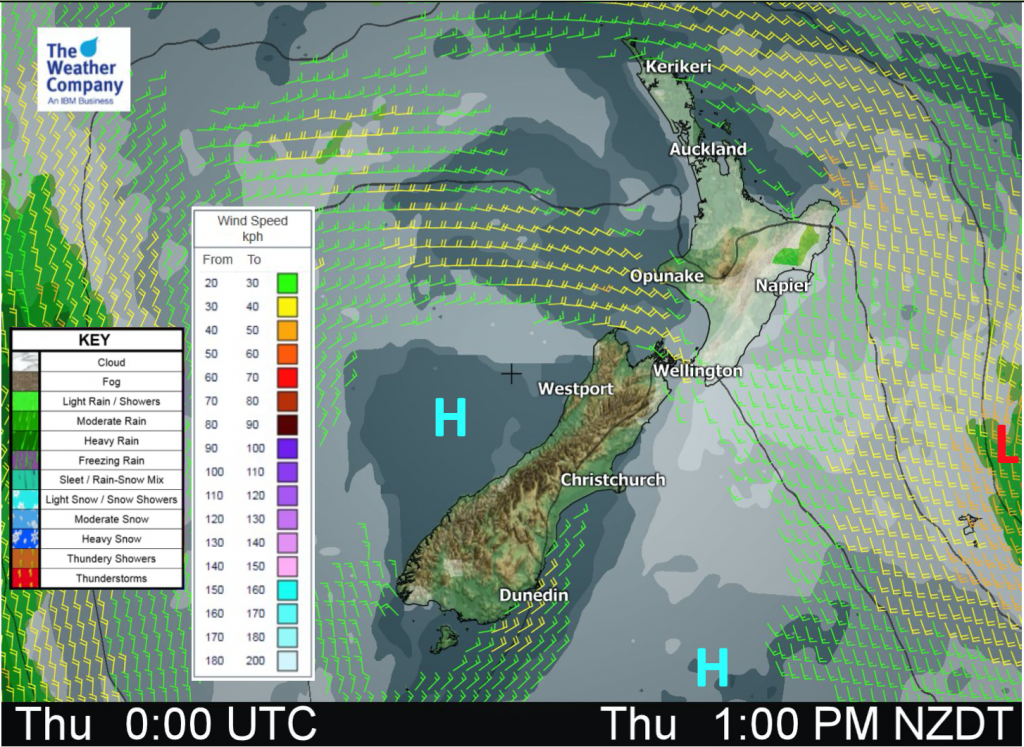 An anticyclone continues to lie over the South Island today meanwhile a southeasterly airflow pushes over the North Island.

Mostly sunny for the western North Island today, winds generally from the southeast however winds tend onshore in the afternoon north of Taranaki in the west. Some cloud at times for Auckland and Northland. The east coast has a mainly cloudy day with some drizzle or a few showers, winds from the south or southeast.

Mostly sunny for all of the South Island today, watch for areas of morning cloud however especially in the east. Light winds then afternoon sea breezes for most.