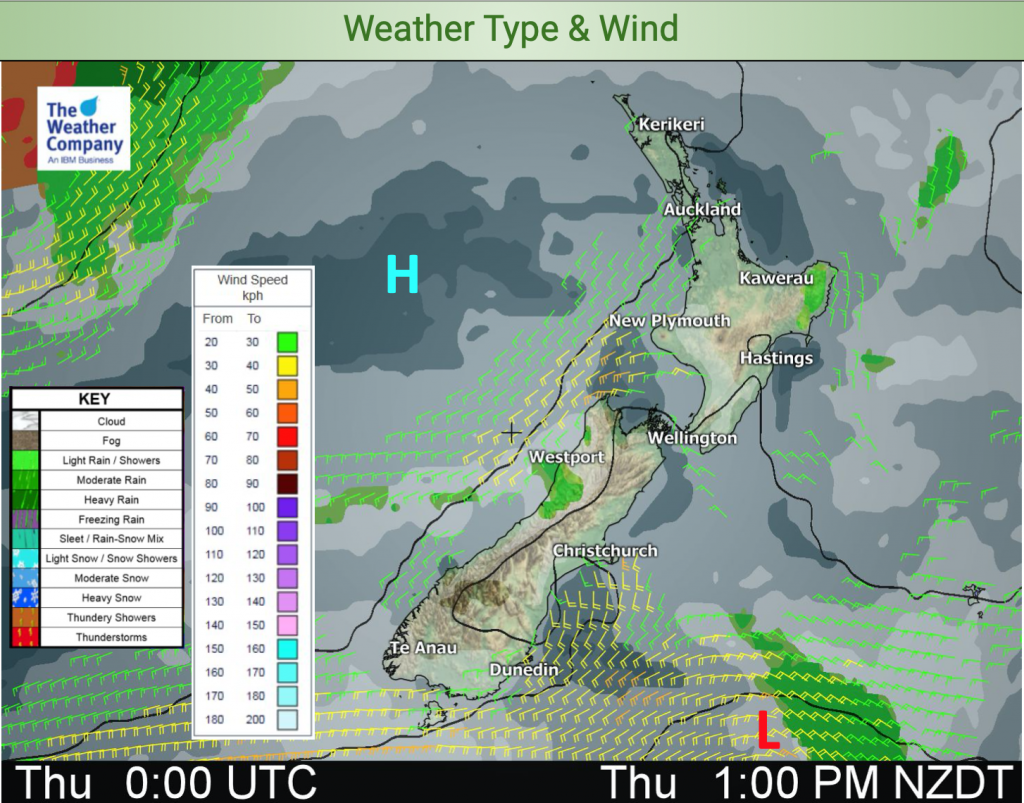 A southwesterly airflow continues to flow over New Zealand today, moving around a large high in the Tasman Sea.

Expect areas of cloud for the western North Island today, chance of a shower at times also about coastal Taranaki through to Auckland otherwise mainly dry. Winds from the southwest. Sunny areas more frequent about the likes of eastern Northland / Auckland and Bay Of Plenty. Expect showers for eastern Bay Of Plenty, East Cape and Gisborne, gradually easing during the day and mostly clearing in the evening. Morning sun then cloud thickens up in the afternoon for Wairarapa and Hawkes Bay as light winds tend easterly.

Cloudy areas for the West Coast, showers at times. Morning showers for Southland then afternoon sun breaks through. Otago has a fairly cloudy day, chance of a morning shower otherwise dry, Central Otago breaks to some sun in the afternoon. Morning sun for Canterbury then cloud increases in the afternoon as light winds swing around to the east. Mostly sunny for Nelson and Marlborough with some high cloud, afternoon cloud build ups about the ranges bring the low risk of a shower.

Average to cooler than average highs for most today. Northland will see the warmest day time high sitting around 23 degrees meanwhile coastal Southland / Otago is the coolest. Central Otago is not far behind Northland with a day time high reaching 21 degrees for the likes of Alexandra.