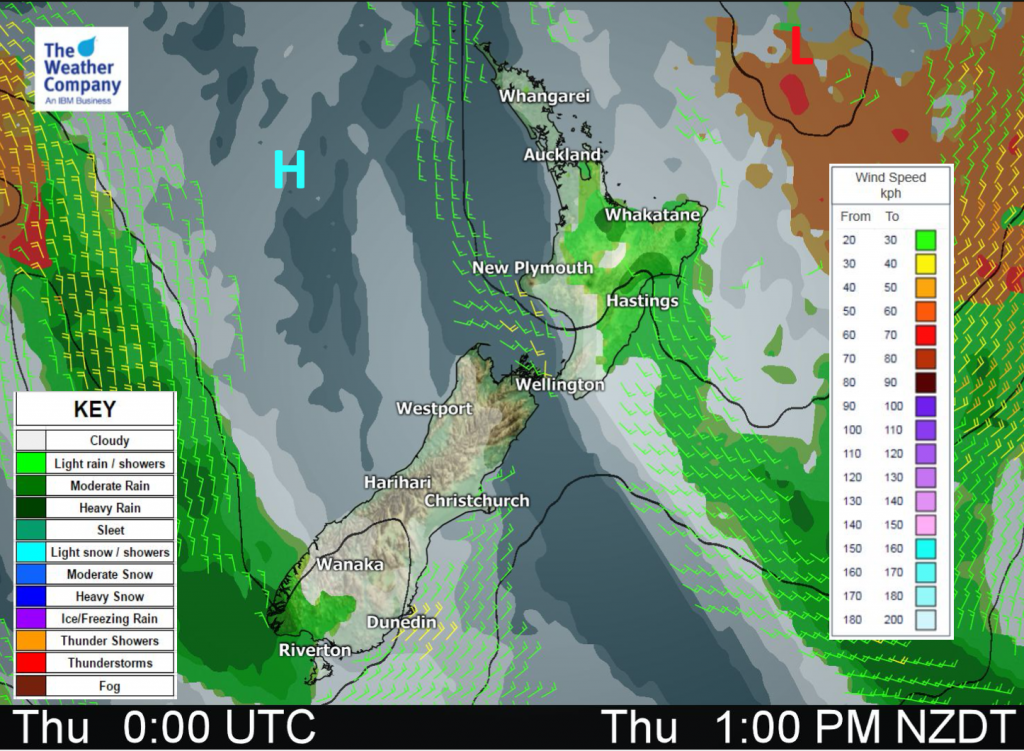 Mainly settled today however a few weak areas of low pressure at either end of the country from afternoon bring a chance of unstable conditions.

Northland, Auckland, Waikato & Bay Of Plenty
Mostly sunny, high cloud gradually breaks away during the afternoon. About inland Bay Of Plenty and perhaps the Waikato showers develop late afternoon / evening, some of these may turn into thunderstorms then clearing evening. Afternoon sea breezes.
Highs: 25-27

West Coast
Mostly sunny with some high cloud, Fiordland is a bit cloudier with a shower or two. Light west to northwesterly winds.
Highs: 17-26

Southland & Otago
A mix of mid and high level cloud, isolated showers late afternoon / evening, some may be heavy with thunderstorms (mainly inland areas) then clearing evening. Light winds for most, breezy east to northeasterly winds about coastal Otago in the afternoon.
Highs: 18-25