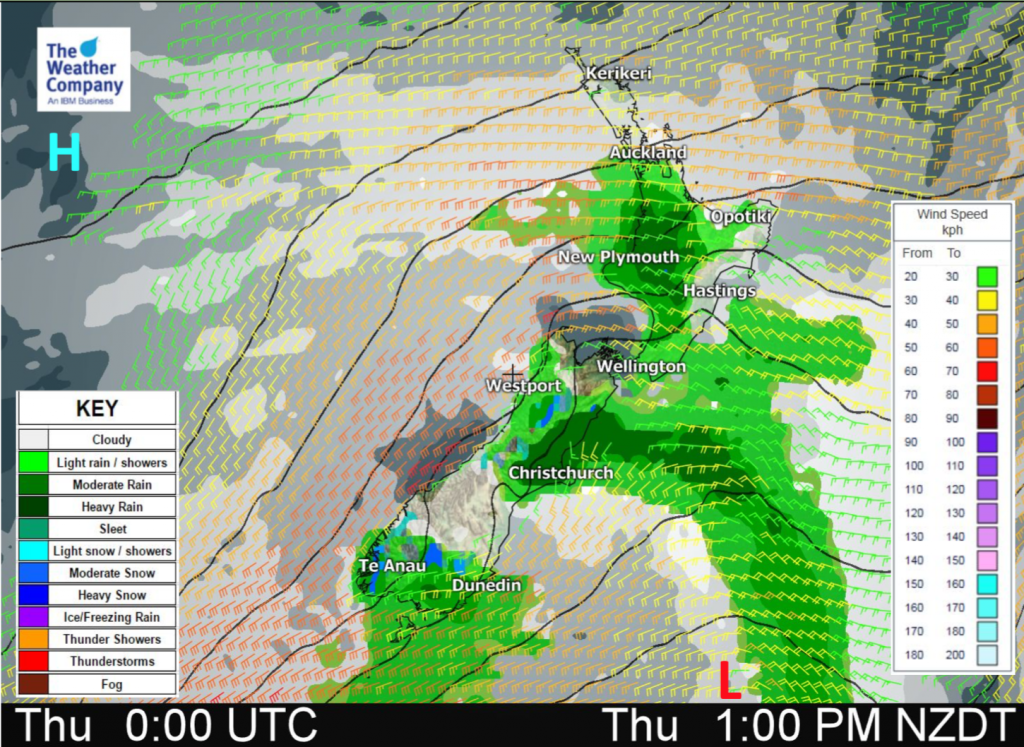 Northland, Auckland, Waikato & Bay Of Plenty
Mostly cloudy, dry at first then showers develop early afternoon, starting to dry out again in the evening. About Bay Of Plenty and eastern Northland the risk of showers is lower but a few may still make their way through. Westerly winds becoming blustery then tending a little to the southwest late afternoon.
Highs: 15-17

Western North Island (including Central North Island)
Mostly cloudy, rain develops in the morning then easing to showers in the afternoon as breezy WNW winds tend fresh WSW. Winds will be strong about some coastal ares. Conditions mostly drying out in the evening but the odd shower may remain.
Highs: 13-16

Eastern North Island
Mostly sunny with some high cloud, late afternoon southwesterlies pick up about Wairarapa bringing some rain then a few showers push into Hawkes Bay in the evening.
Highs: 19-21

Wellington
Some high cloud, may be a spit of rain (mainly in the north / up the Hutt Valley). Late afternoon northwesterlies change fresh southerly bringing some widespread rain then clearing by midnight.
High: 15-16

Marlborough & Nelson
Sunny areas and some high cloud for Marlborough, late afternoon a southwest change pushes through bringing a period of rain or showers then clearing in the evening. Nelson has a few showers or spots of rain spread from the west mid to late morning then coming out fine in the afternoon as westerlies tend southwest.
Highs: 18-20

Canterbury
Dry at first then a southwest change pushes northwards during the morning bringing rain, possibly heavy with a risk of small hail then easing later in the afternoon. Some snow lowers to 600 or maybe 500m about the hills of North Canterbury for a time.
Highs: 10-14