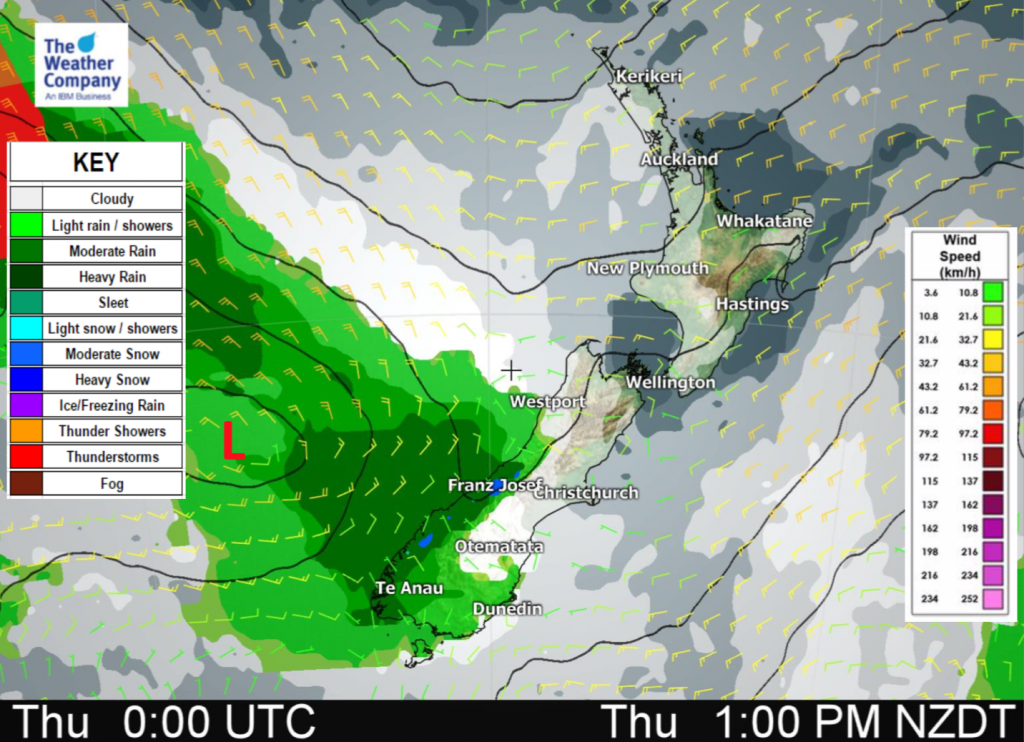 A southwesterly airflow gradually eases over New Zealand today, a warm front in the Tasman Sea moves towards the West Coast of the South Island making landfall in the evening.

Northland, Auckland, Waikato & Bay Of Plenty
Some cloud, the odd shower. Southwesterly winds, breezy about Northland and Auckland, tending westerly later in the day. The Bay Of Plenty has a mainly sunny day.
Highs: 18-21

Western North Island (including Central North Island)
Cloudy areas and some sun at times, a light shower or two now and then also. Westerly winds.
Highs: 16-19

Eastern North Island
Sunny with some high cloud later in the day, southwesterly winds die out in the evening.
Highs: 19-22

West Coast
Becoming cloudy in the morning, the odd shower from afternoon then evening rain. North to northeasterly winds.
Highs: 13-15

Southland & Otago
Cloudy areas and occasional sun for Southland, there may be a shower or two also. Southerlies tend easterly later in the day. Sunny areas and increasing cloud for Otago, chance of an isolated shower from afternoon for inland areas, rain becomes more widespread for all of Otago later in the evening.
Highs: 12-17