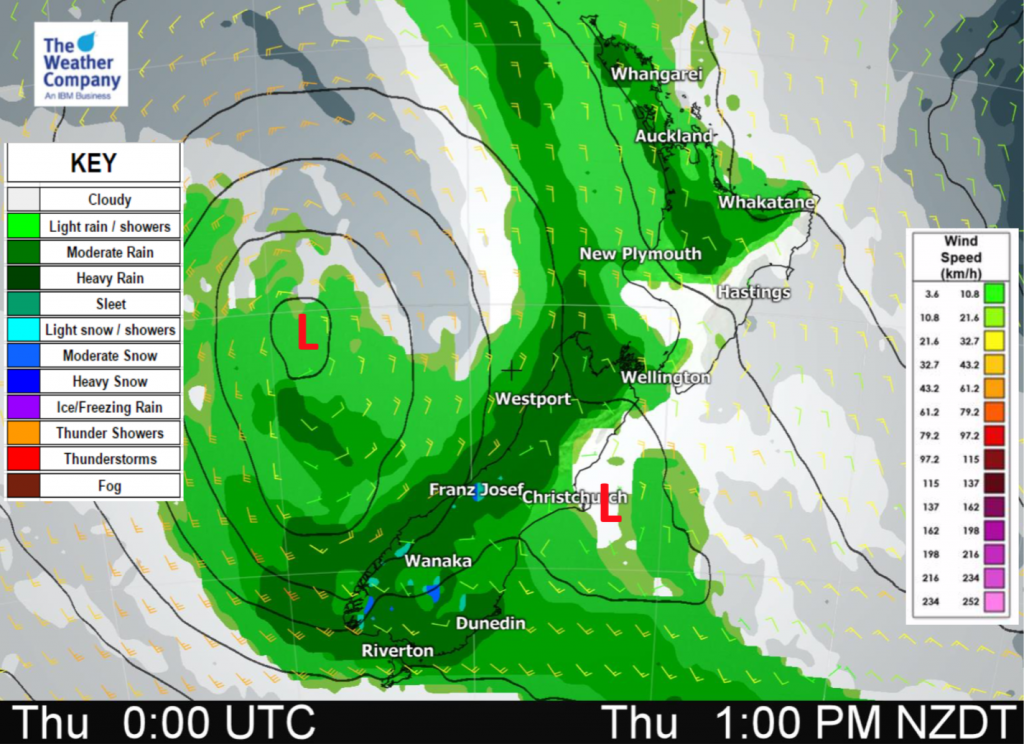 A low pressure system west of New Zealand flings a front over the South Island today bringing wet weather to the West Coast then gradually to the east. Humid northerlies for the North Island bring patchy rain or drizzle in the west, high cloud with a few spots of rain out east.

Western North Island (including Central North Island)
The odd light shower about Taranaki during the day, dry elsewhere in the morning with high cloud and perhaps some sun. Showers spreading to most areas in the afternoon then easing evening. North to northwesterly winds.
Highs: 16-20

Marlborough & Nelson
Thick high cloud, the odd shower or spit of rain. A more persistent period of rain moves in during the evening then clearing overnight. North to northwesterly winds.
Highs: 16-18

Southland & Otago
Rain for Southland moving into Otago during the afternoon. Southeasterly winds, becoming fresh about the Southland coast.
Highs: 8-13