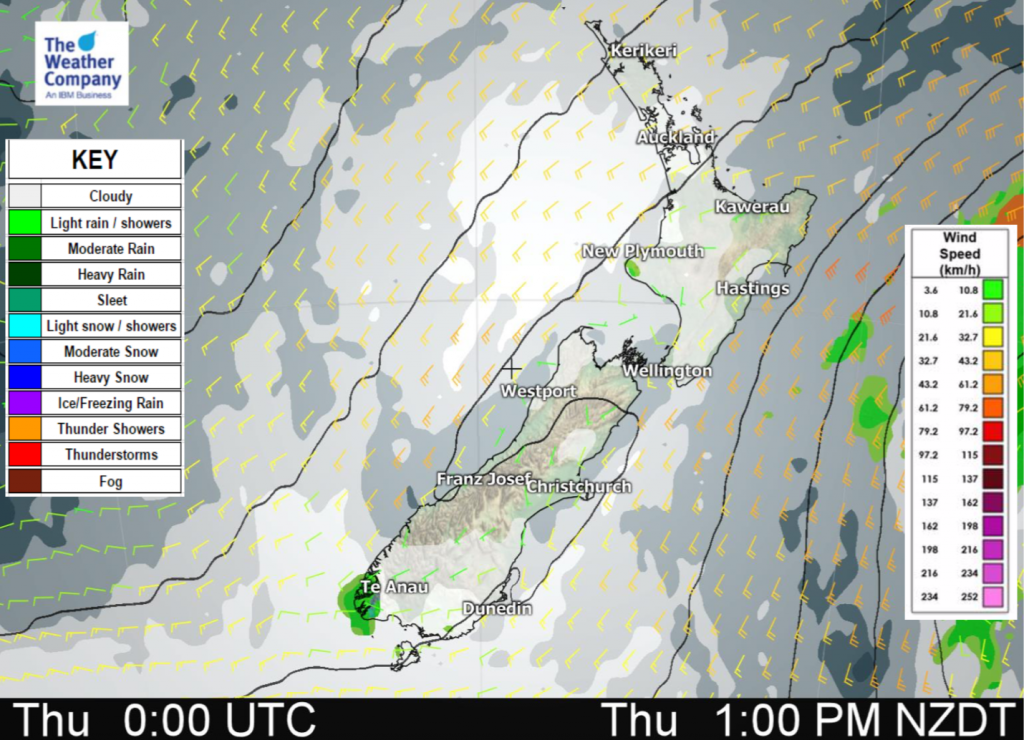 Marlborough & Nelson
Cloudy areas, risk of a shower. Cloud breaks away in the evening. Light winds tend onshore in the afternoon.
Highs: 13-14

Canterbury
Morning cloud then a mostly sunny afternoon, southwesterly winds ease and die away. The odd shower may persist out on Banks Peninsula through till evening.
Highs: 9-11

West Coast
Mostly sunny about South Westland, cloudy periods for North Westland with the risk of a shower or two. West to southwesterly winds.
Highs: 13-14