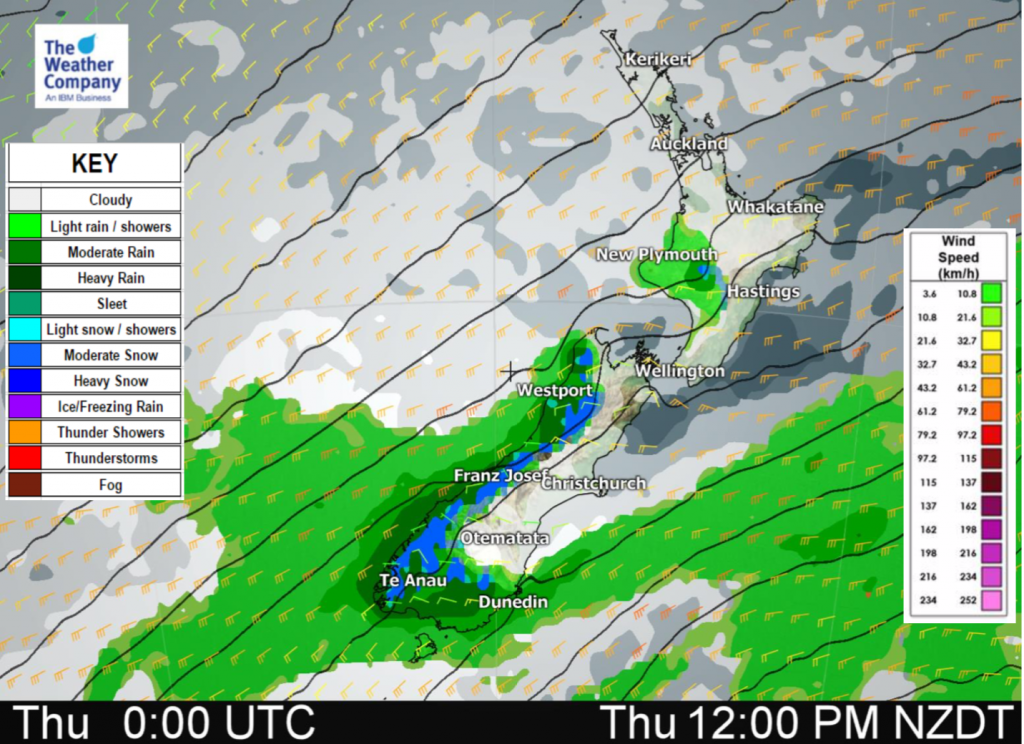 Western North Island (including Central North Island)
Mostly cloudy with the odd shower. A few snow flurries to 400m about the Central Plateau in the morning then lifting during the day. West to southwesterly winds, strong about coastal areas.
Highs: 9-13

West Coast
Wet with rain or showers, snow to 400 or maybe even 300m in the morning then lifting during the day. There may be some hail at times till afternoon. Fresh cold west to southwesterly winds.
Highs: 9-11

Southland & Otago
Showers, some may be heavy with hail then easing from afternoon. Snow to 200m first thing in the morning then lifting during the day. Cold west to southwesterly winds.
Highs: 8-12