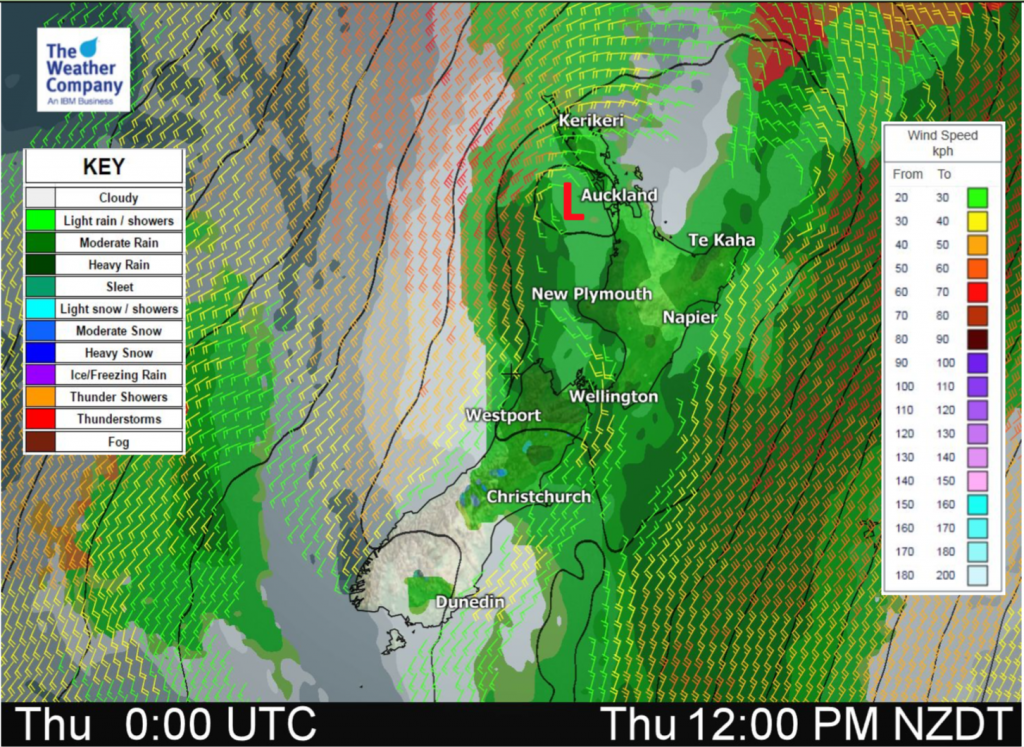 A low crosses over the North Island today bringing unsettled weather, cold south to southwesterly winds for the South Island.

Northland, Auckland, Waikato & Bay Of Plenty
Sunny spells, may be a shower. Rain develops by midday for Northland spreading to Auckland and the Waikato late afternoon / evening with a chance of heavy falls as northeasterly winds change southwest. Rain not reaching the Bay Of Plenty till late evening or overnight. Southwesterly winds become strong especially in the west.
Highs: 17-18

West Coast
Sunny spells, may be a shower at times for Buller. From mid afternoon showers are more likely north of about Greymouth for inland areas (about the main divide) then easing overnight. South to southwesterly winds.
Highs: 13-15