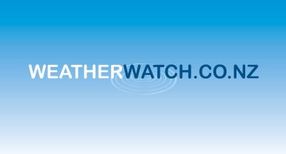 Another mostly settled day across the country – but two changes. One, easterlies ahead of Cyclone Lusi will slide southwards over the North Island.  Mostly light and nothing serious yet.  Two, nor’westers in the deep south thanks to a very weak front.  Other than that – most of NZ is smack bang under a big high pressure system.

Southland
Cloudy spells with west to north west winds. Could be a few showers about.
High: 18
Low: 9 or 10

Central Otago
Mostly sunny with light winds, could be some late clouds, low risk of a shower.
High: 23
Low: 8

West Coast
Sunny and cloudy spells with light winds – risk of a shower south of Hokitika
Highs: 20 or 21
Low: 11 or 12

Auckland & Northland
Mostly sunny with easterlies developing – especially in Northland.  Cloudy spells possible in the morning and high cloud possible later in the day in parts of northern NZ.
High: 23 to 25
Low: 14 to 17