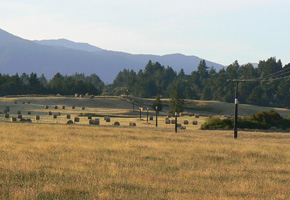 A ridge still lies over the North Island tonight but some cloud will develop in the west particularly in the southwest where the odd light shower may develop about Taranaki and Kapiti. The South Island stays mainly dry in the east with overnight showers pushing into Southland and Central Otago. The West Coast sees drizzle or patchy rain.

Western North Island
Mostly cloudy with north to northwesterly breezes, about northern Taranaki and Kapiti there may be a light shower overnight.
Lows tonight: 9-12