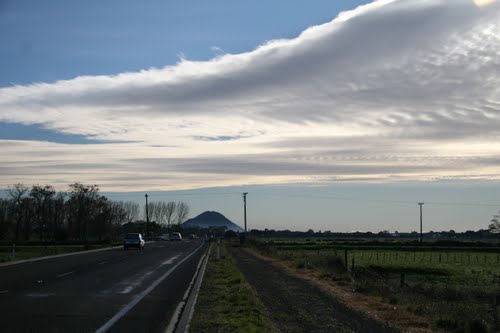 Thursday morning had a chilly feel about it for almost three quarters of the country and one or two light frosts have also been reported.

Single figure lows were widespread and it’s looking like a repeat performance tonight for quite a few regions.

“It’s not unexpected and the change of seasons is more obvious when you get these much cooler nights” says Weather Analyst Richard Green.”We could see a couple of nights yet with low temperatures before the weekend sees slightly warmer air advancing over the country.”

Comments have been coming in this morning to WeatherWatch talking of the crisp start to the day.

“Def chilly! Blenheim 4 degrees again this am. A customer said they had a frost yesterday am up the Awatere Valley
Def don’t like talk of frost heading into grape harvest!!” said Liza.

Wendy had this to say..”Definite autumn feel in the air here in Swanson, West Auckland. My toes are cold!! A beautiful day coming.”

Where not exactly sure where Amanda was but it was certainly cold..”1 degree here now going by my iphone thingy brrr and its warmed up a lil already too lol.”

Chris added”Just short of a frost. Paraparaumu very rapidly shot up to 6 and now down to 4.8 in about 30 or so minutes. Similar pattern here but a bit cooler in Paek. Kapiti gets very marked and sudden rises/drops in mid winter.”

Ashely posted in with ” Yep 5.O degrees here in the hills behind Wanganui. The frosts are coming.. Clear skies forecast for today.”

WeatherWatch does see the risk of slight frosts mostly in sheltered inland areas tonight but there’s also a chance areas closer to the coast could see the mercury between two to five degreeso across central and southern parts of the country.

Homepage image of some cloud lingering over Whakatane