Thunderstorms possible on Tuesday in NI 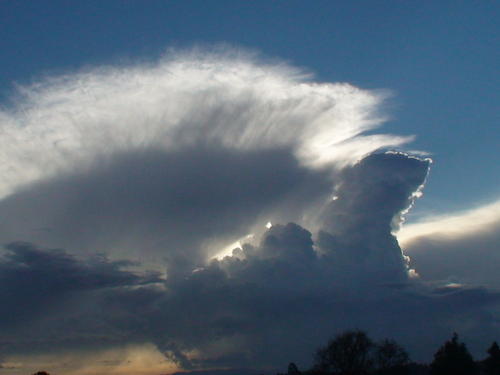 A very slow moving low that has spent the past few days drifting across the Tasman from New South Wales will gradually push across the North Island and north west of the South Island over Tuesday and Wednesday – and it may spark a few thunderstorms and heavy downpours.

WeatherWatch.co.nz says most of the ingredients are there for thunderstorms, mainly through inland parts of the upper North Island – with regions like Waikato most vulnerable to the heavy downpours due to inland afternoon heating.

Auckland, Northland, Coromandel Peninsula, Rotorua and Central Plateau are other more vulnerable areas – and some may pop up on Wednesday further east.   WeatherWatch.co.nz says the data suggests about a 60% chance of isolated thunderstorms at this stage.

The weather news authority says even if thunderstorms aren’t widespread, showers and rain will be torrential in some pockets over the northern and western North Island.  Motorists are advised to be prepared for sudden downpours across the upper North Island on Tuesday afternoon and evening which may limit visibility and cause surface flooding.

Head weather analyst Philip Duncan says the rain will be welcome by many farmers and gardeners.  “The upper North Island may have been cloudier than usual this summer but lately conditions have been very dry.  The rain will be good news for those who rely on frequent rain events”.

The low will also work to pull in warmer winds across the country – increasing the humidity, especially at night. “The daytime clouds will mean not everyone will have really hot and humid weather – bot most parts of New Zealand will notice warmer, more humid, nights this week”.

WeatherWatch.co.nz says the forecast for much of the week is a fairly cloudy one with a moderate to high risk of showers over the North Island most days but drying conditions moving in to the South Island as the week goes on due to an incoming high, which may gave way to another front this weekend in the Deep South.

*WeatherWatch.co.nz will track any potential thunderstorm activity tomorrow and will update again if needed