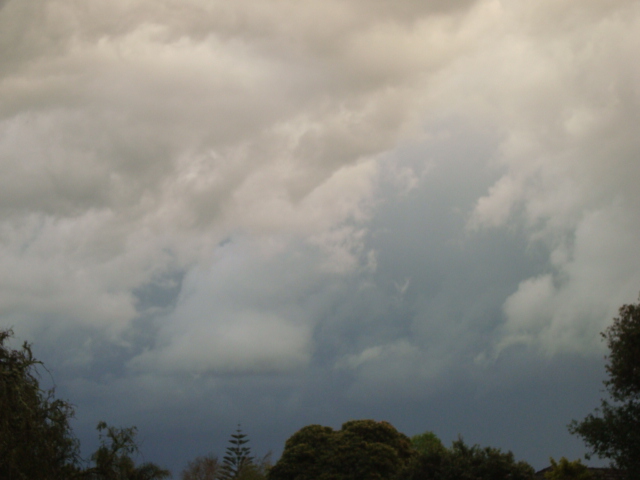 Thunderstorms crossed over Taranaki and Northland last night with a severe thunderstorm warning being issued around 1:20 this morning for the Taranaki region.

The bulk of the thunder activity on land was between midnight and 6am, meaning many would’ve missed out on seeing it unless it was directly above.

Around 1400 lightning strikes have been recorded in the past 60 hours, mostly moving off the east coast of Northland.

Another cold front on Saturday could generate some more, mainly in western areas north of New Plymouth.

Did you see the lightning?  Post an eyewitness report below:

Hope that gives you some info of weather in Tauranga.

Was the fact that Auckland missed out on thunder the reasons that were described in the post yesterday? ( being sheltered). Over on the north shore I didn’t even hear a rumble, but I do admit lookng at the rain radar when the main rain band moved through; it appeared areas south of the bridge recieved more substantial rain, maybe with thunder? I do realize that Auckland is so big that only parts of it may see any thunder.

Hi Shane – yes, partially to do with that – but thunderstorms are like hail showers – they are often isolated.  It’s just that occasionally (maybe once every 1 to 3 years) Auckland will have a slow moving thunderstorm directly overhead.  What we see for the rest of the year is the usual set up – thunderstorms in NZ are often isolated – and favour exosed coastal areas like Northland and Taranaki.

Frustrating I know, for those who love them (like me!).   Our time will come again… next chance is tomorrow… but what we really need is a high over the South Island and a low in the north…and warm and cold air meeting over the upper North Island.  That was the set up a couple of years ago when Taranaki and Auckland had all those thunderstorms.

We got up this morning and were sitting on our deck at browns bay watching the lightning way out in the harbor behind the front. Was rather amazing.