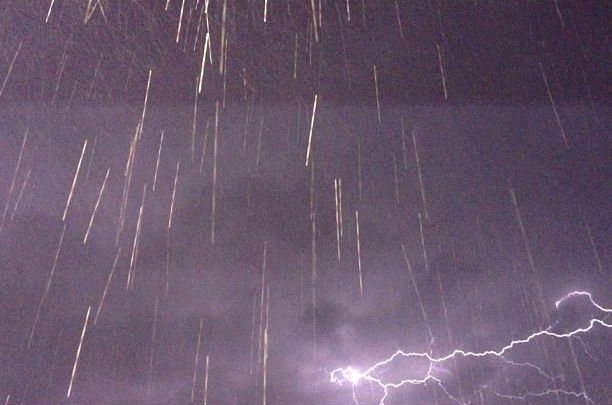 Heavy rain remains a threat for a few areas around New Zealand today.

The first area is the eastern Bay of Plenty.  A stubborn high off to our east is tying up the Tasman low as it tries to move across the country.  That will keep the eastern part of the North Island in an extended period of rain today and some of it could be heavy.  A thunderstorm or two can’t be ruled out either.

Rainfall rates could approach 25mm/hr about the ranges.  Government forecaster MetService has a Heavy Rain Warning in place.

Another area that could see heavy rain is north-western Nelson.  Additional heavy rain is possible this afternoon and this evening, along with the chance for a few thunderstorms.

The western part of the North Island could also see brief heavy rain this afternoon and this evening.  The best chance for heavy rain would be during any thunderstorms that may develop.

Hi guys its so warm here in Levin. Are we in for some of those thunderstorms.Its close to 18dec here
and no wind, it started off with no cloud this morning but now the sky is choked with cloud.
Thanks ,
Phil Smith

It’s a pity the highs don’t stall OVER the country more often…rather than off to the east, only to hold up the inclement stuff…