Thundering on about very little indeed 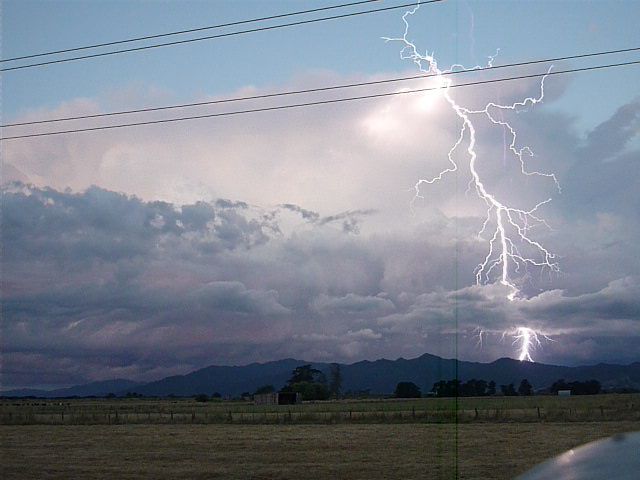 “Well that would have to be the biggest non-event in Auckland’s history,” wrote Mel Baker on WeatherWatch’s Facebook page last Sunday. This comment came after a day of thunderstorm warnings and watches and not one single rumble of thunder was heard in Auckland.

Compared to many other countries, we don’t really have a lot of thunder activity in our populated places, the bulk occurs on the West Coast.

There is something about thunderstorms that stirs up adrenalin in us: either it’s the excitement of hearing booms and seeing brilliant flashes or it’s the absolute fear of one hitting.

The problems last Sunday were:

a) The forecasters were pretty inaccurate.

b) The public don’t understand what the difference is between a watch and a warning.

However, the watches and outlooks are incredibly widespread. It’s a bit like saying “there could be a heavy shower today … in the North Island” as opposed to “in Hamilton”. These outlooks cover hundreds of kilometres and sometimes, like Sunday, much of the country … but it doesn’t mean there will be much thunder.

With regards to the thunderstorms’ failure to arrive, Kay Bason told us: “Love it, thanks. I don’t want a tornado to whoosh me away – whoops, there goes nana!”

And Andrew Blackie wrote: “We only get them when WeatherWatch and MetService don’t forecast them.”

As to why MetService warned of a “high risk” for thunderstorms, I can’t answer that but what I can say is the problem is thunderstorms are tricky to forecast in New Zealand.

We don’t have the luxury of a great land expanse like America does, where you can see them coming from some way off. But we can certainly predict when we have the right ingredients.

Editors Note:  WeatherWatch.co.nz has a policy of publishing most, if not all, thunderstorm warnings and severe thunderstorm watches issued by MetService.  However this policy is now being reviewed due to our different thunderstorm prediction criteria.

– Philip Duncan wrote this column for the Herald on Sunday