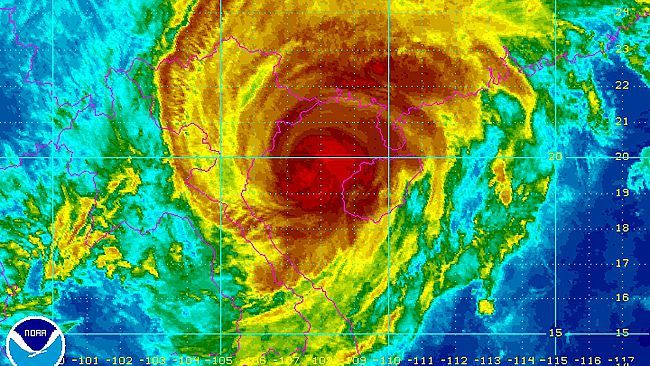 As Vietnam braced for the arrival of a weakened but still powerful Typhoon Haiyan, Filipinos grappled with devastation on a scale they have never seen before.

No electricity. No food. No water. Houses and buildings leveled. Bodies scattered on the streets. Hospitals overrun with patients. Medical supplies running out.

And a death toll that could soar.

The Philippine Red Cross estimated at least 1,200 people were killed by Haiyan, but that number could change as officials make their way to remote, nearly inaccessible places pummeled by the storm.

The town of Tacloban, in Leyte province, is a city on edge. It was one of the hardest-hit places.

Tacloban’s mayor said reports that 10,000 people may have died in Leyte province were quote “entirely possible.”

“People here were convinced that it looked like a tsunami,” Alfred Romualdez told CNN.

“I have not spoken to anyone who has not lost someone, a relative close to them. We are looking for as many as we can,” he said.

The International Committee of the Red Cross said it is fairly realistic to estimate that 10,000 people may have died nationally, because many areas are unreachable by organizations.

“In the western islands of Philippines, for instance, no one can evaluate the casualties,” said ICRC spokesman David Pierre Marquet.

“It could effectively be a number close to 10,000,” Marquet told CNN. “But the notion that 10,000 people are dead in Tacloban alone is not possible.”