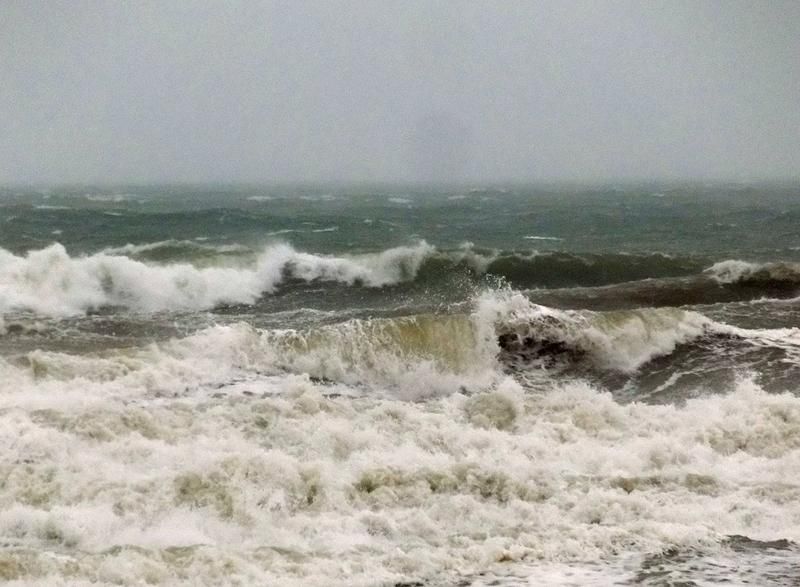 Chances are if it’s significantly warmer than average in the ‘middle of winter’, something is about to happen.  While not high up on the severity level, this weekend does see a belt of gales and heavy rain slowly working its way northwards.

The system is quite large, with the centre of the low mostly in the Southern Ocean – but the squash zone of winds will cover the country for a few days ahead – and again next week.

Wind
Gusty winds from the westerly quarter will blow across the South Island and lower North Island for Thursday. Just like swells at sea, the wind can also come in like waves – and we’ll see some areas getting windier across Thursday while others ease a bit.

Strong nor’westers will pick up even further on Friday.  This will lift temperatures in some eastern areas of both islands to 20 degrees – not bad for the first day of August.

By Saturday the winds ease over the South Island but push into the North Island with gales about Wellington and Wairarapa – but damaging gusts are not expected at this stage.

Colder southerlies arrive on Sunday in the South Island, and spread into the North Island on Monday.

Warmer westerlies return to New Zealand by Tuesday or Wednesday next week.

Rain
A few showers for Thursday around the West Coast will to turn to more widespread rain later on Friday and into Saturday.  Rain warnings are possible due to the slow movement of this front – the rain itself isn’t likely to be overly widespread.

For the most part Saturday looks fairly dry in the North Island but rain moves in – slowly – on Sunday for western and northern areas mostly. This includes Northland, however the angle of this rain band means those hit by flooding last time aren’t in the exact same position this time, which is good news.  It’s one to watch, however, due to its slow movement thanks to the blocking high to the east… but at this stage we don’t expect any problems, or at least any serious ones.  We’ll keep an eye on it and update Northlanders again should we need to.

The South Island will see a few showers on Sunday as a cold southerly comes in. Highs will drop to single digits for a day or two, before those warmer winds return on Tuesday/Wednesday.