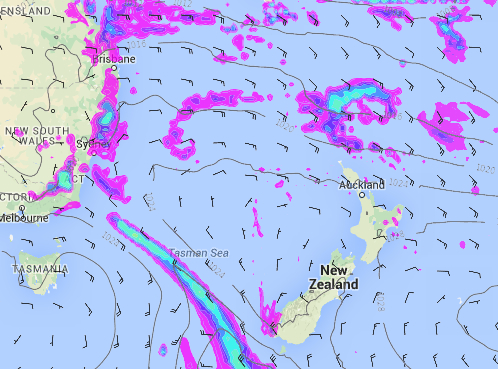 On Friday we have a weak front pushing northwards over the South Island during the day, before moving onto the lower North Island in the afternoon.
Behind this front is a cool south to southeasterly airflow, and the rest of the North Island sits under a very weak area of low pressure.

For the West Coast of the South Island the weather looks sunny all day.
Fiordland may see some morning cloud and a shower, though these will then clear, with southeasterly winds freshening in the afternoon.

The east coast sees a southerly change push north during the day, bringing cloud and the chance of a light shower or patch of drizzle.
This southerly change will hit Southland early on, reaching Canterbury and Marlborough around midday.

South to southeasterly winds push into the lower North Island in the early to mid afternoon, bringing increasing winds and some cloud.
The rest of the North Island sees sunny areas and some cloud with relatively light winds, along with the chance of an isolated shower in the afternoon and into evening for Auckland northwards – but a fairly low risk at that.