The REAL lonely planet – check out the starless solo floater 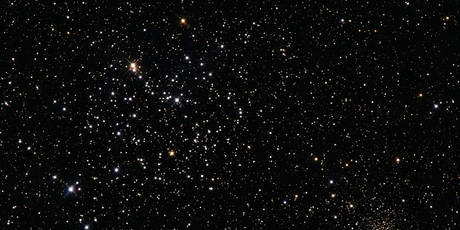 Astronomers say they have found a lonely planet outside the solar system floating alone in space and not orbiting a star.

The gaseous exoplanet, dubbed PSO J318.5-22, is just 80 light years from Earth and has a mass only six times that of Jupiter. Having formed 12 million years ago, the planet is considered a newborn among its peers.

“We have never before seen an object free-floating in space that looks like this. It has all the characteristics of young planets found around other stars, but it is drifting out there all alone,” said research team leader Michael Liu of the Institute for Astronomy at the University of Hawaii at Manoa.

“I had often wondered if such solitary objects exist, and now we know they do.”

The researchers, whose study was published in the Astrophysical Journal Letters, identified the planet from its faint and unique heat signature using the Pan-STARRS 1 wide-field survey telescope on the Haleakala volcano of Hawaii’s Maui island.

They suggested the newly found planet may have the lowest mass of all known freely floating objects.

Other telescopes in Hawaii showed that the planet has similar properties to those of gas giants orbiting around young stars, but PSO J318.5-22 lacks a host star.

During the past decade, researchers have found about a thousand extrasolar planets using indirect methods, including planet-induced wobbling or dimming of their host stars.

But only a handful of these planets have been observed directly since most are orbiting around young stars less than 200 million years old and thus very bright.

PSO J318.5-22 “is going to provide a wonderful view into the inner workings of gas-giant planets like Jupiter shortly after their birth,” said co-author Niall Deacon of the Max Planck Institute for Astronomy in Germany.

– while we’re exploring in space, check out the near life-sized replica of the Mars Rover currently touring New Zealand’s airports! It will be travelling around the country over the next month.

They have suspected them for quite a long time,though couldnt be seen as they need reflected light,thought ejected by a passing star or novae where its orbit expands or a black hole can disrupt it.