Home > News > The Press Editorial: Why do we need both...

The Press Editorial: Why do we need both MetService and Niwa to provide weather forecasts? 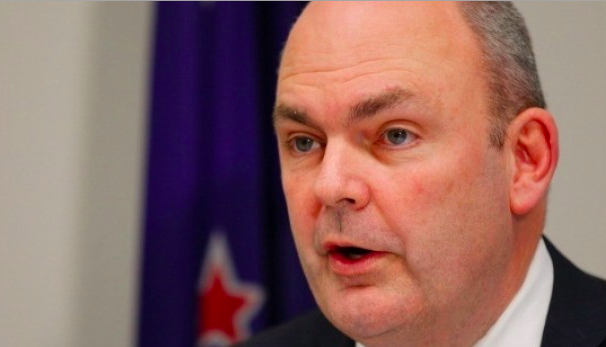 For the second time in a week a mainstream news outlet is questioning the wisdom of Minister Joyce for a major double up in tax funded forecasts – while at the same time short changing New Zealanders on services and creating confusion over which “Government forecast” to trust. All of New Zealand’s mainstream media has large contracts with MetService and we thank Fairfax for being the only news service in the country to actively question the current bizarre set up – which exists no where else on earth.  Just why do New Zealanders tax fund two agencies which now compete in the exact same space?  The below editorial was written by PAUL GORMAN of THE PRESS in Christchurch.

Editorial: Why do we need both MetService and Niwa to provide weather forecasts?

OPINION: It was meant to be a clean split. A state-owned enterprise, MetService, would carry on providing a national weather forecast and warnings service funded by taxpayers, while a Crown research institute, the National Institute of Water and Atmospheric Research (Niwa), would pick up the pure science role with an eye to commercialising new ideas.

That was in 1992. Since then those lines have become blurred, especially over the past few years as Niwa has moved aggressively and largely unchecked into the weather-forecasting business.

Niwa was never supposed to become a provider of daily weather forecasts for the public. That was meant to be the role of MetService and of private businesses, such as Canterbury-based Blue Skies and Auckland’s Weather Watch.

It is easy to understand how, as Niwa began widening its commercial services, it might aspire to selling specialised forecasts for farmers and other primary sector clients. Its giant Wellington supercomputer FitzRoy â€“ which is the envy of MetService and research organisations â€“ has given Niwa a big advantage, even though researchers from elsewhere can access it.

But as a result of Niwa’s ambitions, taxpayers are partially funding two competing state-forecasting agencies. Niwa is hardly coy about its intentions, saying on its website FitzRoy produces six-day forecasts “that help you find the best time to do all the important things you want to do”. Clearly, Niwa’s desires go beyond specialised commercial forecasting and put it on a collision course with MetService.

Not that this duplication of public resources seems to bother Science and Innovation Minister Steven Joyce. After lobbying from forecaster Philip Duncan of Weather Watch, Joyce has commissioned an independent review of the ownership of New Zealand weather data and if more should be made available to the public.

Joyce says he does not want this review to get bogged down in “a bit of overlap” and whether “Niwa and MetService are far enough apart”. Instead he wants to ensure the two are not hogging information that, if available, might allow new players into the market.

Joyce is absolutely right to be concerned about the appropriateness of withholding data purely to allow two agencies to profit from it. But he is wrong to try to minimise the MetService-Niwa forecasting double-up.

We think current or historic weather readings should be freely available. In many cases these have been collected using equipment paid for by the public or recorded at thousands of sites across the country by public volunteers over many years.

For private bureaus like Blue Skies and Weather Watch, access to, for example, near-real time weather radar images rather than those older than five minutes would allow them to provide better predictions. In the United States, where there are many private forecasters, the National Weather Service provides free access to vast quantities of such data.

We believe public weather data should be just that â€“ public. But the scope of this review needs to go much further and consider the forecasting “overlap” Joyce appears happy to brush over.