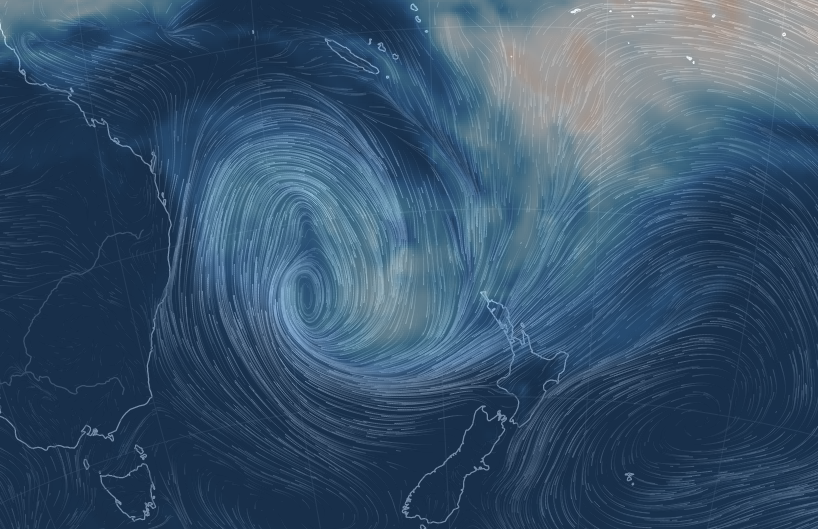 The big low out in the Tasman Sea is moving closer but at a snails pace, putting more pressure on forecasters to narrow in on the rain bands, timing and intensity for the upper North Island in particular.

With the rain bands splintered, the hills and ranges are making some places wet and others drier, and the very slow nature of this low moving in, it’s proving to be a tricky one to track and stay on top of. Not just for forecasters but for authorities dealing with the floods, slips water supplies and powercuts the other day.

So what is the latest?

FRIDAY
As of this morning Northland had patchy rain, nothing too serious with a NE flow. It’s tracking slowly towards Auckland and Coromandel Peninsula. Heavy downpours are likely with isolated thunderstorms.

This airflow shift today is already being noticed with warmer, more humid, air. Later today and overnight the airflow becomes even warmer and more humid as it shifts N to NW and drags down sub-tropical air. This is the recipe for heavy set-in rain for some places either later today, this evening, and  overnight. As we saw in Tuesday in Auckland (for example) some parts of the same centre might have what you’d call “normal rain” while the suburb over is having a months worth of rain in one night.

Same deal in rural areas too – some farms getting the perfect amounts of rain to kill off droughts, while others have floods and stock loss and are desperate for sunshine and no more rain…within the same region. This is the nature of sub-tropical downpours.

As WeatherWatch.co.nz said at the start of the week, we are not in for days of ‘nonstop rain’. This is a complicated set up where the low is so large that the rain bands can’t possibly stretch from the centre all the way out, so it splinters into wet areas and big dry areas.

TONIGHT/SAT AM
The heaviest rain (from this next surge) is expected from now until Saturday morning, mainly for the upper North Island north and east of Taupo. East Cape and Gisborne may also get heavy rain. Thunderstorms are also flaring up and can be viewed live on the free lightning tracker on our website and free app.

In the early hours of Saturday this front may really flare up over parts of the North Island as it tracks towards the east coast. Inland areas facing N or W will see the heaviest falls.

During the morning sunny spells may even develop in the north and west as the front pushes through and out to the east of the North Island.

Rain also spreads into the upper South Island, Canterbury and the West Coast on Saturday.

Use the rain maps we have to get a better idea.

SAT PM:
Rain clears central and eastern North Island but in the north big cloud build ups, some very heavy with thunder, are expected to form anywhere from Northland to Auckland and Waikato – even as far south as Manawatu. These large build ups may come as a big afternoon shower with thunder, or perhaps slowly grow into a band of localised heavy rain. Either way, one to monitor in northern NZ on Saturday afternoon. Even if dry the chances for rain and isolated thunder are high.

SUN:
The centre of the low comes into the North Island with big downpours and showers near the centre. The cricket in Dunedin may be impacted on Sunday too – as a wet SE flow moves in. The good news is that more rain or showers is possible in Canterbury.

As WeatherWatch.co.nz said on Monday this is an 8 day long event and while not every day has much weather to talk about the seriousness of this set up means many New Zealanders need to be monitoring the latest (changeable) forecasts, warnings, watches and weather news, especially those in the upper half of the North Island.