Home > News > The Fujita Scale: Scales of a tornado...

The Fujita Scale: Scales of a tornado 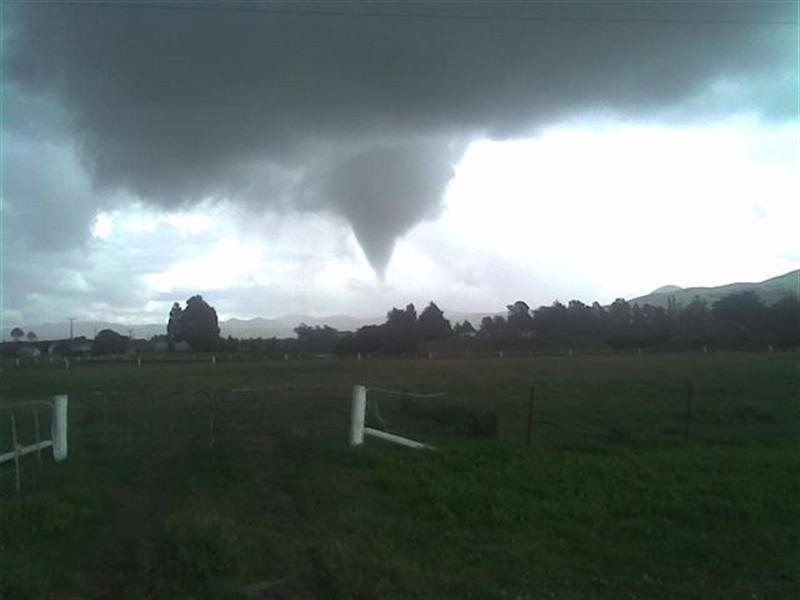 A tornado can range from a relatively small event to a system capable of incredible destruction(although rare on our shores). The Fujita scale is the official measurement of a twister.

F3 Severe Tornado 252-330 km/h
Tears of roof and some walls off well-constructed houses;
Overturns trains;
Uproots most trees in forest.

F6 Inconceivable Tornado 510-606 km/h
Such winds are highly unlikely.
The small area over which the damage they might produce would probably not be recognizable within the mess produced by F4 and F5 winds that would surround the F6 winds.
Missiles, such as cars and refrigerators, would do serious secondary damage that could not be directly identified as F6 damage.