The end of the windy weather 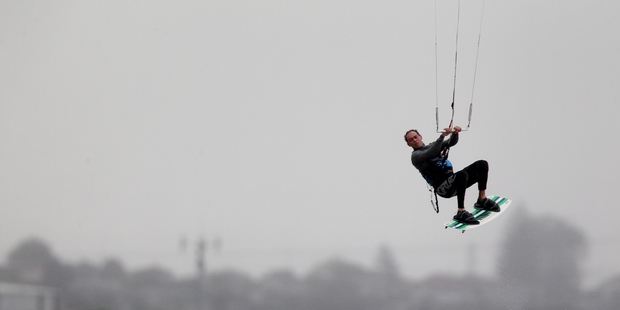 The mild start to spring is set to return after some wild and windy weekend weather.

“We attended incidents in various parts of Auckland and the North Shore, as well as at Raglan and Kerikeri,” a fire service spokesman said. “There was also some roof damage to houses.”

In Auckland, kite boarders took advantage of the strong winds, with several taking to the surf off Pt Chevalier.

But further south, the weather conditions ruined the travel plans of many school holidaymakers.

Heavy snowfalls forced the closure of the Desert Rd and the Hawke’s Bay was battered by high winds.

Severe hailstorms also lashed parts of Wellington, with snow falling in the suburb of Lower Hutt.

Yesterday’s weather also hampered the search for a tramper who fractured an ankle tramping with a group near Speargrass Hut, in the Nelson Lakes National Park.

The group activated their emergency locator beacon and the Rescue Co-ordination Centre dispatched the Nelson Marlborough Rescue Helicopter to the injured man.

But once located, an intensive care paramedic was winched down into the bush to the injured man, who was stabilised then winched up to the helicopter.

Duncan said Hawke’s Bay will be warm and dry, and conditions will be pleasant in Auckland, the Bay of Plenty and Northland.

“There will be snow down south, as expected, with sunny days in the likes of Queenstown,” he said.

“This should spell good news for skiers.”

Auckland is expected to be mild throughout the week, with rainy spells forecast for Monday and Thursday.

Temperatures will hit 18C by Wednesday and will be in double digits overnight.

“By Friday, another high is expected across New Zealand and next weekend will be mostly dry,” Duncan added.

Meanwhile, the Australian Bureau of Meteorology (Abom) is changing the way it reports the weather.

Phrases such as “a chance of scattered showers” will soon be a thing of the past, it was reported yesterday.

It has been decided such descriptions are too ambiguous. Words like isolated, patchy and widespread have also been deemed too vague when describing the likelihood of rain.